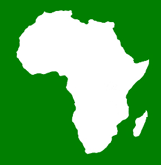 “Literally, This Is Energy From Dirt”

ACCRA, Ghana May 10 (IPS) – You’ve heard of solar power, and also wind power. Now, you might start hearing about soil power as well.

Microbial fuel cells (MFCs) that make use of the energy given off by soil microbes are amongst the technologies that hold promise for bringing power to developing states, where electricity is often scarce.

The cells also form part of a project that has just won a grant of almost 200,000 dollars in the ‘Development Marketplace’ competition, for which results were announced at ‘Lighting Africa 2008‘; this May 5-8 conference took place in the Ghanaian capital of Accra. The project, developed by six students at Harvard University in the United States, was one of 16 winners selected from 52 finalists competing to bring innovative lighting products to the 74 percent of Africans without access to electricity.

The Development Marketplace competition was held under the ‘Lighting Africa’ campaign, launched towards the end of last year by the World Bank Group. Lighting Africa aims to provide 250 million people on the continent with safe, reliable and economical lighting products and energy services that do not make use of fossil fuels, by 2030.

The Harvard students, four of whom come from Africa, have created Lebônê Solutions to deliver low-cost energy using microbial fuel cells. Their grant will be matched by private industry.

South African Hugo Van Vuuren, founder and managing partner of Lebônê, says the cells are very simple to make and can be built locally. He sat down with IPS environment correspondent Stephen Leahy to chat about the grant soon after the results of the competition were announced.

IPS: Congratulations on your win. How do you feel?

HUGO VAN VUUREN: We’re all still very excited. This is a potentially big innovation and I have to credit the IFC for backing innovative ideas rather than just pushing the current technology. We can’t wait to get started and see if we can bring this technology to Africa. (The IFC, the International Finance Corporation, helps build the private sector in developing nations; it forms part of the World Bank Group.)

IPS: How exactly does the microbial fuel cell work?

HV: A microbial fuel cell taps into the energy that soil microbes generate when they break down organic matter. Literally, this is energy from dirt: no special microbes or conditions are needed other than enough moisture for the bugs to do their work.

Essentially all you do is dig a hole, layer an anode, some soil, sand and a cathode — and connect the anode and cathode to a circuit board to charge a battery that can power an LED (light emitting diode) light, run a radio or charge a mobile phone.

IPS: How can the cells be of use in Africa?

HV: In Africa the problem is not lighting, it’s actually energy. There are all kinds of high-efficiency LED lights available now. The important thing is to create very low cost, off-grid energy.

We estimate that MFCs will be much cheaper than solar because the anodes and cathodes can be made of local materials — scrap metal or other material — and they are maintenance-free. They are also robust and will operate in any temperature, as long there is some moisture and organic matter in the ground. They will operate best when breaking down human or animal waste.

IPS: But, the circuit board looks complex. Will that be made locally?

HV: Our prototype board here has extra circuits for testing, so the 20 circuit boards we will use in the field will be simpler. We’ll bring in the components; they’ll be assembled locally at our pilot project in Tanzania over the next couple of months. Eventually we believe the boards will be simple enough to be made locally.

IPS: What are the drawbacks of the MFC?

HV: Low power. A cubic metre of organic matter will generate only enough energy to light one high-efficiency LED light.

Unlike solar, it produces energy 24 hours a day and will do so for years. Units can be easily linked together to generate 10 to 15 times as much energy. An additional advantage is, these systems are underground and there is nothing to steal.

MFCs will never generate as much energy as wind turbines, but are an ideal solution for replacing kerosene lighting in households in much of Africa.

HV: We’re counting on boosting the efficiency of the system during our testing and trials over the next 18 months. When we’re ready to scale up production in three years a system including MFC, battery, circuit board and some LED lights will cost less than 10 dollars.

IPS: Why did you and your partners embark on this project?

HV: It started as a class project at Harvard. We were supposed to come up with a way to make an attractive LED display at the London Olympics. We Africans and the two Americans wanted to do something more useful than that and knew the need for low-cost energy in Africa.

Let me tell you about them. Stephen Lwendo of Tanzania is studying computer science and heading the pilot project. David Sengeh of Sierra Leone is in engineering and works on the technology side with American Avia Presser, an MIT (Massachusetts Institute of Technology) biology graduate. Zoe Sachs-Arellano co-founded Namibia Connection Youth Network and works on the development aspects, and Alexander Fabry of the U.S. looks at the impact of the technology and handles the grant applications. (Van Vuuren graduated in economics last year.)E