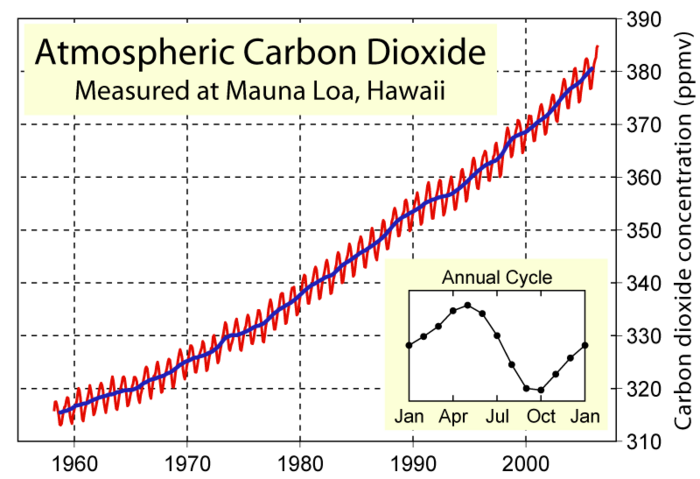 If success is measured by delaying difficult decisions, then the Cancún climate meeting succeeded by deferring crucial issues over financing and new targets to reduce greenhouse gas emissions to the next Conference of the Parties meeting a year from now in Durban, South Africa.

International negotiations to address climate change proceeded at a glacial pace in the palatial, over-air-conditioned Moon Palace Resort in Cancún. After two long weeks, final talks dragged on into the early hours of Saturday morning, with Bolivia’s refusal to accept a weak agreement that puts the world on a path that “could allow global temperatures to increase by more than four degrees”, said Pablo Solón, Bolivia’s chief negotiator.

In the end, Bolivia’s continued objections were drowned out by applause and cheering by more than 190 national delegations as the chair of the meeting, Mexico’s foreign secretary Patricia Espinosa, gaveled the meeting to a close declaring “a consensus without Bolivia”.

“The Cancún text is a hollow and false victory that was imposed without consensus,” Bolivia said in a final statement.

Based on the science, Bolivia is not wrong.

The World Meteorological Organisation declared last week that the decade will close as the hottest 10- year period on record. The 100+ pages that form the “Cancún Agreements” will do nothing to curb greenhouse gas emissions warming the planet, but did revive the U.N. climate negotiation process after its near death in Copenhagen last year.

This article was made possible thanks to contributions from Janos Mate, James Creskey. Extra special thanks to monthly contributors Julie Davis, Aidan Constable, Patricia A Warwick, Judith A Leahy

[Due to the high costs of covering such important events, support is needed from readers like you. Please consider making a small automatic monthly contribution as a fair exchange for these articles – for more information.]

And most here believe this agreement sets the stage for a substantive agreement at the 17th Conference of the Parties (COP) of the U.N. Framework Convention on Climate Change (UNFCCC) in Durban next December.

“I can’t disagree with Bolivia that based on the science, this agreement as it stands means four degrees C of warming,” said Kumi Naidoo, executive director of Greenpeace.

“The text of the agreement is not good enough, but it does save the process and maybe this gets us to a truly fair, ambitious and balanced treaty in Durban,” Naidoo told TerraViva.

“Governments have given a clear signal that they are headed towards a low- emissions future together,” declared UNFCCC executive secretary Christiana Figueres. The Cancún Agreements represent “the essential foundation on which to build greater, collective ambition”, Figueres said in a statement.

“It’s pathetic the world community struggles so much just to climb over such a low bar,” commented Naidoo, whose hometown is Durban, South Africa. “Our only real hope is to mobilise a broad-based climate movement involving all sectors of the public and civil society before Durban.” 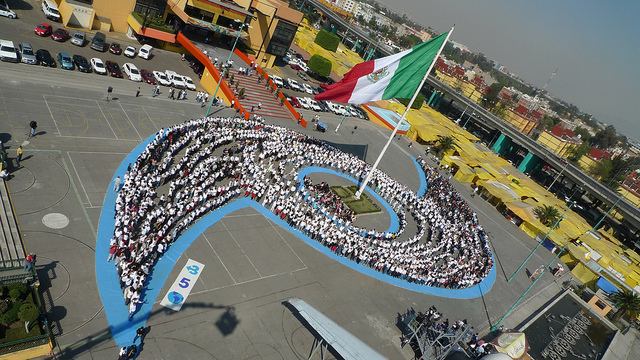 Late Friday night in the hallways, the mood was surprisingly upbeat. Not only had the talks not collapsed, there was formal agreement on a number of issues. These included acknowledgment that emissions cuts needed to be in line with the science 25 to 40 percent cuts by 2020 – and the global temperature rise target should be kept below two degrees C instead of at two degrees C as the target in the Copenhagen Accord.

However, Japan, Canada, the United States and Russia successfully undermined any binding agreement on how to reach those targets by lobbying to abandon the Kyoto Protocol and replacing it with a weak pledge and review system as proposed in the Copenhagen Accord, according to Friends of the Earth International (FOEI). Current pledges under the accord translate into global temperature rises of three to five degrees C by most analyses.

“The agreement reached here is wholly inadequate and could lead to catastrophic climate change,” said Nnimmo Bassey, FOEI chair. Bassey is this year’s winner of the Right Livelihood Award – the ‘alternative Nobel Prize’ – for “revealing the full ecological and human horrors of oil production” in Nigeria, his home country.

The current Kyoto commitment to reduce emissions by five percent from 1990 levels ends in 2012. Most developed countries are meeting that target, with the notable exception of Canada, whose emissions have soared 30 percent.

Canada, Japan and Russia have declared they will not agree to a second Kyoto commitment. The U.S. refused to ratify the first Kyoto commitment and rejects the second as well. Those positions nearly derailed the talks since developing countries have long insisted rich countries agree to binding reductions under Kyoto. Agreeing to disagree, the final fight for Kyoto has been punted to Durban.

A Green Climate Fund was also agreed to with a $100-billion commitment by 2020, with a re-commitment of $30 billion by 2012 to help developing countries reduce their emissions and adapt to impacts of climate change. The fund will be managed by a board with equal representation from developed and developing countries with funding channeled through the World Bank for the first three years.

Tropical forest protection may be the big breakthrough coming out of Cancún. Delegates adopted a decision that establishes a three-phase process for tropical countries to reduce deforestation and receive compensation from developed countries, and it includes protections for forest peoples and biodiversity. Deforestation presently contributes 15 to 20 percent of global greenhouse gas emissions.

“This is so much better than what we had in Copenhagen,” said Peg Putt of the Wilderness Society, a U.S.-based conservation group.

“There was official recognition of the multiple benefits of forests and ecosystem integrity,” Putt told TerraViva.

Loopholes have been closed and good progress made on tackling the drivers of deforestation, she said. Much work is left to do to strengthen safeguards and work out the details for a new financial tool called REDD (Reduced Emissions from Deforestation and Degradation).

REDD remains very controversial. It is widely touted as a way to mobilise $10 to $30 billion annually to protect forests by selling carbon credits to industries in lieu of reductions in emissions.

“I’m feeling very good about the prospects for forests,” Putt said in an interview.

Many Indigenous and civil society groups reject REDD outright if it allows developed countries to avoid real emission reductions by offsetting their emissions.

REDD represents a new set of tradable property rights based on trees and other environmental services, Goldtooth said in an interview.

“If we are going to save the climate, we need to focus on real solutions that assure that forests will be left standing and people’s rights are respected,” he said.

Although Bolivia’s stance will be much commented on, the more than 500 organisations in the Climate Action Network (CAN) once again voted Canada’s radical right-wing government as the most obstructive nation in the world. For its four years in power, Canada’s Stephen Harper government has won the “Colossal Fossil for the year” during climate negotiations for consistent efforts on behalf of its huge tar sands oil sector to block an agreement.

“Canada’s tar sands sector is truly among the global elite, an all-star of greenhouse gas pollution,” a CAN spokesperson said in a statement.

“Despite an overall record of climate futility, Canadians should rest assured there’s at least one thing here that Canada is really, really good at.”