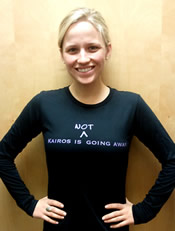 Please read this eloquent piece from Toronto Star columnist Catherine Porter on how the Harper govt cut funding of Kairos, a renowned church charity for telling the truth about Canada’s tar sands.

How can Canadians in good conscience try to help African women get water when it is carbon emissions from the tar sands are part of the reason they face drought?

And then Harper and his Minister Bev Oda lied and tried to cover up their vindictive actions claiming they want to improve the lives of the poor “efficiently”. (This from a govt giving billions in public subsidies to oil companies)

A few years back, the staff at Kairos planned a trip to Nigeria’s oilfields to examine environmental damage, corporate responsibility and human rights abuses.

The board of the faith-based development organization rejected the idea. It sent them to Alberta’s tar sands instead.

“I remember saying, ‘They’ll kill us — that will be considered very political,’ ” recalls Mary Corkery, Kairos’ passionate executive director. “The churches said, ‘This is our work. Our work is inspired by faith to tell the truth. It’s a development issue if it’s far away. It’s a political issue if it’s at home. Or if it offends anyone.’ ”

Think it’s a stretch to compare Canada to Nigeria? A government that forges documents, that makes things up, that smothers dissenting opinions, that accuses the media of lying.

via Porter: Kairos does important work; we should all support it – thestar.com. 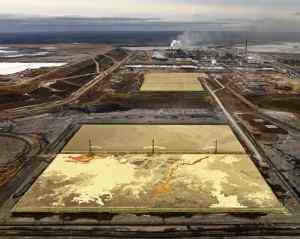 Every Day Governments Give an Estimated $2 billion to Oil, Coal & Gas Industry

About the Tar Sands: