The original headline of the article said we had 5 years but now it’s less than 2  years to stop building any new stuff that uses fossil fuels.  Here’s lightly updated repost. 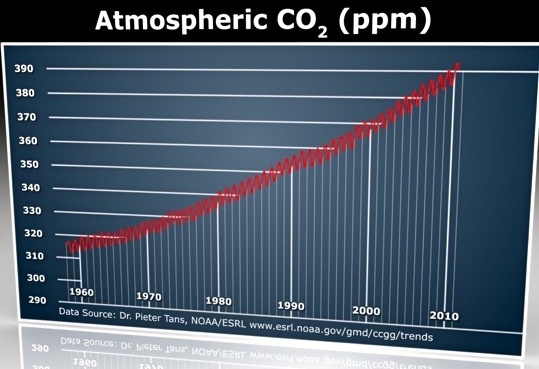 [Authors note: One of the most difficult and important articles I’ve written in 20 years of environmental journalism. Originally published Sept 6 2014 @Vice Motherboard]

Here’s the frightening implication of a landmark study on CO2 emissions:

By 2018, no new cars, homes, schools, factories, or electrical power plants should be built anywhere in the world, ever again, unless they’re either replacements for old ones or carbon neutral. Otherwise greenhouse gas emissions will push global warming past 2˚C of temperature rise worldwide, threatening the survival of many people currently living on the planet.

Every climate expert will tell you we’re on a tight carbon budget as it is—that only so many tons of carbon dioxide (CO2) can be pumped into the atmosphere before the global climate will overheat. We’ve already warmed temperatures 0.85˚C from pre-industrial levels, and the number rises every year. While no one thinks 2˚ C is safe, per…