“There is no market for whale meat,” said Beatriz Bugeda, the International Fund for Animal Welfare’s Director
for Latin America regarding the Japanese whaling expedition underway in the Antarctic ocean.

“Whales are worth far more alive than dead,” Bugeda said in reference to the enormous whale-watching industry.

— see Sushi or Tourism: What are Whales For? 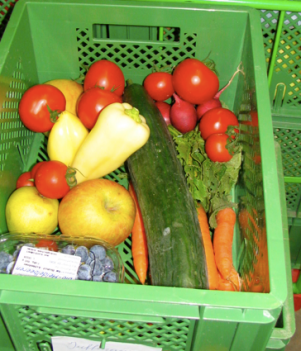 “Organic brings a wide range of social and economic benefits making it a much better and more efficient way of farming,” says Volkert Englelsman, CEO of Eosta BV, a European distributor of organic fruits and vegetables.

— Story on how organic agriculture helps the poor and climate change now available. 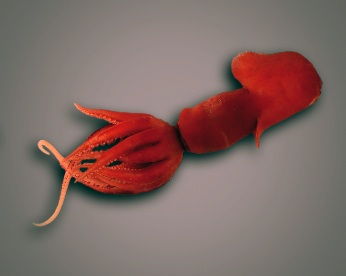 degree C seafloor vents, as well as under 700 metres of Antarctic ice, by the 20th scientific expedition of the Census of Marine Life of 2006 now underway.

For the next few weeks, scientists aboard the German research icebreaker Polarstern will explore the Antarctic seafloor, which has been hidden by thick layer of ice for more than 5,000 years. It is an unprecedented opportunity brought about the unexpected collapse of the Larsen B ice shelf along the Antarctic Peninsula four years ago. Now 3,250 sq kms of sea floor is accessible.

“Preliminary research shows there is a huge amount of diversity of life there,” said Ron O’Dor, a senior scientist with the Census of Marine Life (CoML).

“This is our first chance to take a good look at a region no one has explored before,” O’Dor told IPS.

The CoML is a global partnership of 2,000 scientists from 80 countries with a 10-year mandate to investigate life in the seas until 2010. Earlier CoML expeditions to the Antarctic have uncovered an astonishing community of marine life shrouded beneath 700 metres of ice — 200 kms from open water.

The great Southern Ocean is the least explored but perhaps the most important, as it is the link between all the other oceans of the world.

Climate change is warming the Southern Ocean and ice is melting in many parts of the Antarctic. Census scientists are trying to determine how the warming will affect marine species in the region, O’Dor says.

The Polarstern, the research flagship of the Alfred Wegener Institute for Polar and Marine Research in Bremerhaven, Germany, is the 20th Census expedition of 2006. It is also the first of 14 Antarctic expeditions being launched as part of the International Polar Year 2007-2008.

— Complete “Plumbing the Secrets of the Ocean Depths” story here

leaders in fighting climate change could weaken a new agreement far beyond the 2012 scope of the treaty.

TORONTO, Dec 2 (Tierramérica) – Much to the surprise of most Canadians and the world community, Canada is reneging on its international commitments under the 1997 Kyoto Protocol, which could weaken an international agreement to fight climate change after Kyoto expires in 2012.

They have also cancelled a five-million-dollar pledge to help least developed countries adapt to the impacts of climate change and have withdrawn Canada’s participation and funding of the Kyoto Clean Development Mechanism (CDM).

“That’s totally irresponsible… It’s a slap in the face to the people of small island states and Inuit people of the North,” said Enele Sopoaga, permanent representative of Tuvalu to the United Nations. His small island country in the South Pacific is experiencing flooding due to rising sea levels.

“I am extremely frustrated by the double standards of industrialized nations. Canada criticizes other countries about their human rights policies or about the death penalty while they are playing with the lives of island people and the Inuit,” Sopoaga said in a Tierramérica interview.

“We’re finding more new species than known species,” says Ron O’Dor of the Census of Marine Life expeditions to Antarctica including the current exploration of region under the former Larsen B ice shelf.

Plumbing the Secrets of the Ocean Depths

Hear the latest speeches and interviews with leading environmental thinkers such as Amory Lovins, David Suzuki, George Monbiot along with environmental news and features at Radio Ecoshock. Vancouver’s Alex Smith trolls the media world to find the best enviro talk and puts it together in a slick, professional format. And Smith’s enviro newscasts serves up latest enviro news with a light touch and silly sound affects.

Check it out here.