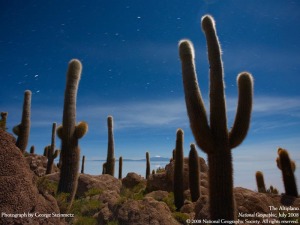 Doing so would be equivalent to preventing the release of 118 to 224 billion metric tonnes of carbon dioxide by 2050, according to a report by the Environmental Investigation Agency.

The latest science shows humanity cannot put more than another 700 billion tonnes into the atmosphere over the next 40 years without risking dangerous climate change. At current rates of carbon emissions, that limit will be exceeded in half that time.

“An HFC phase-down under the Montreal Protocol will do far more for climate protection than the Kyoto Protocol has accomplished in its entire history or than Copenhagen will achieve in the next decade,” said Samuel LaBudde, senior U.S. climate campaigner for the non-profit Environmental Investigation Agency (EIA).

“And it will do so at a fraction of the cost of securing reductions in other sectors and much faster as well,” LaBudde told IPS.

The leaders of the U.S., Canada, and Mexico committed to “work together under the Montreal Protocol to phase down the use of HFCs” earlier this month at the North American Summit in Guadalajara, Mexico. This follows a similar commitment made by G8 leaders in July.

Primarily used in refrigerators and air conditioners, HFCs are the standard replacement chemicals for those that were thinning the protective ozone layer in the upper atmosphere. Although HFCs pose no ozone risks, they typically have a global warming potential hundreds or even many thousands of times greater than carbon dioxide (CO2), hence the “super greenhouse gas” label.

The number of the world’s estimated 1.5 -1.8 billion refrigerators, 1.1 billion home and 400 million mobile (auto) air conditioners is expected to grow dramatically as developing nations like China and India modernise and increase use of HFCs.

A July study in the Proceedings of the National Academy of Sciences reveals that such a skyrocketing use of HFCs will have a significant impact on the climate at projected growth rates by 2050, negating much of future efforts to reduce carbon emissions.

“Phasing down HFCs under the Montreal Protocol is a brilliant strategy,” said Durwood Zaelke, president of the Institute for Governance & Sustainable Development, an international environmental NGO.

“This is the treaty that never fails to deliver. It’s already phased out 96 chemicals by 97 percent, and it’s ready to tackle these super greenhouse gases,” Zaelke said in a release.

Two small island nations, the Federated States of Micronesia and Mauritius, were the first to campaign to amend the Montreal Protocol to tackle HFCs at a July meeting of signatories. Ironically, under the Protocol, richer countries provide financing to poor countries to replace ozone-destroying refrigerants with HFCs.

Many country delegates felt it is the responsibility of the Montreal Protocol to prevent the further commercialisation and prolific use of HFCs even though it is not an ozone-depleting chemical.

“The support of North American leaders is appreciated,” said Ambassador Yosiwo George from the Federated States of Micronesia. The tiny Pacific island nation is threatened by rising sea levels from global warming and is advocating for a 90 percent HFC phase out by 2030.