Winner of the 2018 SEAL Award for Environmental Journalism 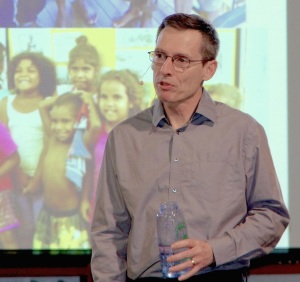 I’m an award-winning journalist and author who has covered international environmental issues for more than 20 years.

Author of  National Book Award winning Your Water Footprint: The Shocking Facts Behind Our Thirst for Earth’s Most Precious Resource

A co-winner of the 2012 Prince Albert/United Nations Global Prize for Climate Change and Environment Reporting.

Co-founder of the award-winning Climate News Mosaic, a collaboration of independent journalists from around the world covering climate change.

Based outside of Toronto (Uxbridge), I have been the international science and environment correspondent for the Rome-headquartered Inter Press Service News Agency (IPS), the world’s 6th largest global news agency.

My IPS articles are published in over 500 newspapers and magazines all over the world reaching an estimated 200 million readers in up to 20 languages. IPS news is also broadcast by over 1000 radio stations, potentially targeting over 150 million listeners.

I also write for IPS affiliate, Tierramerica, located in Montevideo and IPS bureaus in Johannesburg and New Delhi.

UPDATE 2014:  15 minute video from a public forum in Toronto offers an update on current state of the UN climate negotiations and likelihood of success

A professional member of the Society of Environmental Journalists:  Fellow, International League of Conservation Writers

“We need people like you. In tough economic times, where information flow is increasingly channelled and controlled, you perform a simply critical role. Hang in there. You are an admirable role model for the future.” 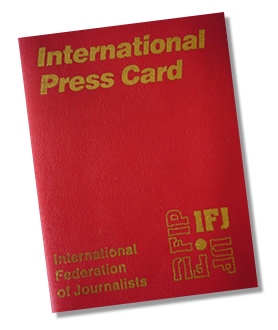 “Stephen Leahy has done a superb job exposing the enormous sums the US government is spending on corporate welfare for big oil.”

—Ross Gelbspan, Pulitzer-prize winning editor and author of The Heat is On

“Stephen has mastered the art of accurately and engagingly conveying complex scientific ideas to a lay audience; the feedback we get on his work tends to be glowing, both from readers and researchers — which is a rare thing.”

The old model of journalism and media is broken. A new model is called community supported journalism — people like you and me supporting original, investigative journalism on important and overlooked subjects. Please see my Community Supported Journalism page for how you can help ensure people know about crucial environmental issues and solutions 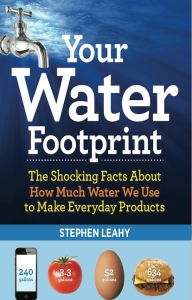 Your Water Footprint:  The Shocking Facts About How Much Water We Use To Make Everyday Products  October 2014 Firefly Books, 160 Pages, 125 Unique Infographics – Critically-acclaimed and national book award winning.

Stephen on Walrus TV: “We don’t realize our entire society runs on water. It doesn’t run on oil”

My articles have been collected in two eBooks: Oil Stains in the Boreal Forest: The Environmental Cost of Canada’s Oil Sands 2.0 and Steve’s Hurricane Handbook 2007 . They have also been reprinted in a number of books including:

I am a regular international speaker on water, climate and other environmental issues and have given talks on three continents in the past two years.

See Where’s Stephen for more on where I’m planning to go to cover stories and why it may be of interest.

For information about re-posting, linking or reuse of my articles see FAQ