“One day in the future there might be an oil rig sitting on top of the North Pole” said David Hik, chairman of International Polar Year Canada. 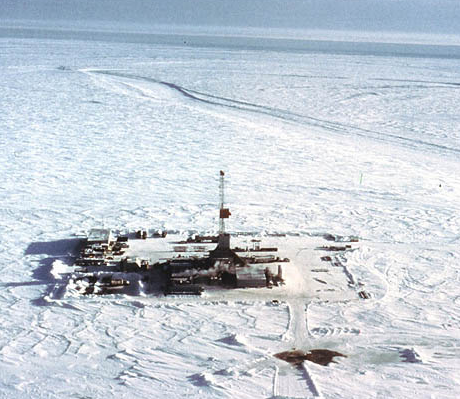 The International Polar Year begins in March, and will involve 50,000 scientists studying the impact of climate change at the poles. Canada is the main contributor, donating 160 million dollars.

TORONTO, Canada, Jan 13 (Tierramérica) – The recent collapse of a Canadian Arctic ice shelf illustrates why Canada is the biggest contributor to the International Polar Year, the world’s largest scientific research program, focused on climate change. More than 60 nations,¬ from Chile to China, and 50,000 scientists and researchers will be involved in the International Polar Year (IPY) 2007-2008, actually a two-year period that will last from Mar. 1, 2007 to the same date in 2009.

Canadian scientists recently reported the collapse of the Ayles Ice Shelf, one of only six ice shelves left in Canada. At 66 square kilometers and 40 metres thick, Canada’s new ice island is small compared with the collapse of giant Antarctic ice shelfs such as Larsen B, an area of 2,700 square kilometres which broke off in 2002. However the 3,000- to 4,500-year-old Ayles shelf is the largest collapse in 25 years.

Rather than large events, Arctic ice shelves have been quietly falling apart in small pieces, and are 90 per cent smaller than 100 years ago.

The IPY will study the Arctic and Antarctic regions, focusing on the effects of global warming produced by greenhouse gases. It has a budget of over 500 million dollars, to which Canada contributed 160 million.

“The rates of change in the polar regions are accelerating. These regions are experiencing the impacts of climate change first, so it’s important to know what is happening to learn how we can adapt,” biologist David Hik, chairman of IPY Canada, told Tierramérica.

“An ice-free Arctic during the summer months, predicted to occur as soon as 40 years from now, will have a major impact on the region and the local people,” said Hik.

And here are my most recent articles (Dec 08) on the state of the Arctic:

Arctic Is the Canary in the Coalmine

Burning Down Our House