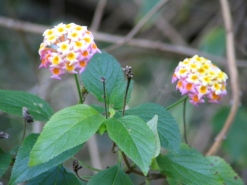 [Written last Dec, I’m posting this article for the first time because of International Women’s Day]

Dec 7 (IPS) – While world attention has focused on the HIV/AIDS pandemic, public health experts say that U.S. political interference and declining financial support for family planning, abortion and prevention of other sexually transmitted infections has contributed to shockingly high death and disability rates in developing countries.

Approximately 500,000 women die each year of causes related to pregnancy, abortion and childbirth, 99 percent of them in developing countries, according to the World Health Organisation.

“These deaths would not be tolerated in other circumstances,” says Dorothy Shaw, senior associate dean of the Faculty of Medicine at the University of British Columbia in Canada.

Countries are failing in their responsibilities and promises to fund sexual and reproductive health programmes, including supporting universal access to contraception, Shaw said

“More than 68,000 women die every year from back-alley or self-induced abortions,” noted Janie Benson, vice president of research and evaluation at Ipas, an NGO focused on increasing women’s ability to exercise their sexual and reproductive rights and preventing unsafe abortions worldwide.

Many of the 20 million women who have unsafe abortions each year suffer from medical complications — some for the rest of their lives, Benson told IPS.

“This is a preventable pandemic,” she emphasised.