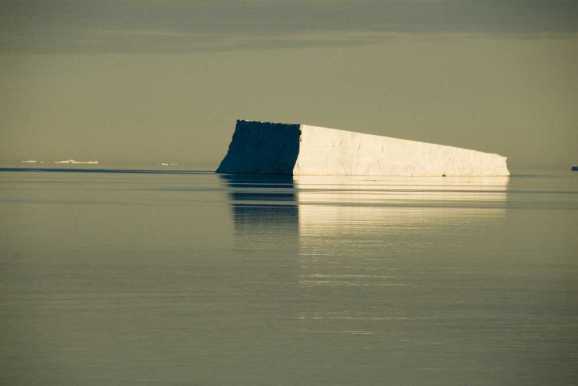 Oct 26 (IPS) – Global warming has been compared to a slow-moving train wreck, in which the passengers are blissfully unaware of the coming catastrophe.

With the shocking loss of the Arctic sea ice this summer and several new reports this week that oceans and tropical forests are now absorbing less of the world’s steadily rising carbon emissions, our collective train wreck appears to have already tipped into fast forward.

“Global warming is a big feature of our lives now. It is no longer something that only future generations will have to cope with,” said Ted Scambos, senior research scientist at the National Snow and Ice Data Centre in the U.S. city of Boulder, Colorado.

The major ecosystems that absorb carbon emissions from the atmosphere are failing, and it is happening faster than anticipated, Scambos told IPS.

END_OF_DOCUMENT_TOKEN_TO_BE_REPLACED

“Unlike Gore, who couples star quality with the style and grace of American royalty, (to say nothing of some very expensive PowerPoint presentations); wonderingmind42’s anonymity actually makes it much easier to ignore the messenger and focus on the message.”

With 61 video posts, he’s the science teacher you wish you had in high school. Although Al Gore and his Nobel prize captured all the media attention, Elston says what we need is a non-celebrity.

“Someone, or something, that can crawl inside our consciousness in the privacy of our own homes, and gnaw away at it until we truly understand that what we are facing is unprecedented in human history.”

“Crooks are taking Venezuelan diamonds out of the country and selling them to other crooks.“

In November, the Venezuelan government will report to an intergovernmental entity about the controls used to regulate diamond mining.

Oct 22 (Tierramérica).- Venezuela will have to explain its policies on mining and exporting diamonds at the next annual session of the Kimberley Process, an intergovernmental initiative to halt the use of the diamond industry to finance conflicts and civil wars.

The Venezuelan government has recognized that it is not easy to monitor its vast border, but assures that it intends to comply with the Kimberley Process, of which it is one of the three South American members, along with Brazil and Guyana.

Venezuela is not involved in the smuggling of the so-called conflict diamonds, or “blood diamonds”, uncut stones that in the past two decades were mined and trafficked to finance civil wars and illegal armed groups in countries like Angola, Cote d’Ivoire, Democratic Republic of Congo and Sierra Leone. END_OF_DOCUMENT_TOKEN_TO_BE_REPLACED

“Subsidising biofuels is just about the dumbest way to go.” –– Todd Litman, director of the Victoria Transport Policy Institute — Subsidies for 2007 est $13-$15 billion

…increasing biofuel production is a “total disaster” for starving people — Jean Ziegler, the United Nations Special Rapporteur on the Right to Food

A raft of new studies reveal European and American multibillion dollar support for biofuels is unsustainable, environmentally destructive and much more about subsidising agri-business corporations than combating global warming.

Not only do most forms of biofuel production do little to reduce greenhouse gas emissions, growing biofuel crops uses up precious water resources, increasing the size and extent of dead zones in the oceans, boosting use of toxic pesticides and deforestation in tropical countries, such studies say.

“Fuel made from food is a dumb idea to put it succinctly,” says Ronald Steenblik, research director at the International Institute for Sustainable Development’s Global Subsidies Initiative (GSI) in Geneva, Switzerland.

Biofuel production in the U.S. and Europe is just another way of subsidising big agri-business corporations, Steenblik told IPS.

“It’s (biofuel) also a distraction from dealing with the real problem of reducing greenhouse gas emissions,” he asserts. END_OF_DOCUMENT_TOKEN_TO_BE_REPLACED

“Unlike the scientist, we artists have the freedom to weave facts, opinions, thoughts, emotion and color all together. We can instill passion and motivate change. That is our palette.” — Visual artist Franke James

Toronto artist Franke James is doing great work both in expressing her concern and understanding in her colourful and insightful visual essays about climate change but also as a teacher of others in workshops for young artists — Six Tools to Make Climate Change Art.

Artists are desperately needed to help us understand the impacts of climate change at an emotional level and to inspire action. Information and knowledge are not nearly enough. As Franke wisely notes:

“Think of this: If any one of us stands up and tells a group an idea we have, it may spread — or it may disappear into the ether. A far more effective way to make an idea spread is to give it ‘tangible form’.” END_OF_DOCUMENT_TOKEN_TO_BE_REPLACED

“The true economic impact of climate change is fraught with ‘hidden’ costs.”

Oct 16 (IPS) – The United States is facing hundreds of billions of dollars in weather-related damages in coming years if it does not act urgently on climate change, the first-ever comprehensive economic assessment of the problem has found.

The costs of inaction on climate change on U.S. infrastructure, and its agricultural, manufacturing and public service sectors, will far outweigh the costs involved in making the needed reductions in greenhouse gas emissions, according to the report, “The U.S. Economic Impacts of Climate Change and the Costs of Inaction“, released Tuesday. END_OF_DOCUMENT_TOKEN_TO_BE_REPLACED

This year’s Nobel Prize for Peace went to Al Gore and the UN’s Intergovernmental Panel on Climate Change (IPCC) for their efforts to awaken the world about the risks of climate change. That’s great news but I’d have preferred to see the other candidate for the prize, Canadian Inuit Sheila Watt-Cloutier share the award with the IPCC not Gore.

Three Reasons Why Gore Should Not Have Won:

1. Watt-Cloutier has been a passionate and eloquent communicator about the fact that indigenous people of the Arctic, and indigenous peoples elsewhere, have taken the first and hardest climate change hits so far. It would be been fairer and more representative of the reality to award the prize to an indigenous person.

2. For eight long years Al Gore was second in command of the largest greenhouse gas emitting country in the world. And yet emissions climbed and climbed even though Gore knew climate change was a real and pressing emergency. When running for President Gore barely mentioned GW and then the world had to suffer thru the other GW — George W Bush and his blind and selfish intransigence.

3. Al Gore’s GW solutions are mostly wrong. Biofuels are a bad idea and only make rich agri-corporations richer. Carbon trading markets are an equally bad idea — enshrines the rich countries’ right to pollute our common atmosphere. A moratorium on coal and a carbon tax are some of his better ideas. However, Gore fails to address the root of the problem which is an economic system based on endless growth on a tiny planet with an awful lot of people.

“People do want to do the right thing, but they just don’t realise that the Arctic is melting and they are responsible,” Watt-Cloutier told me in 2004. From Global Warming Will Decimate Arctic Peoples and also see Inuit Sue America Over Climate Change

The Inuit people of the Arctic regions are preparing to charge the United States with human rights violations, saying that country is the leading culprit behind climate change, which threatens their way of life — and their very survival.

The sharp increase in temperatures in the Arctic has led to dramatic losses of sea ice and melting permafrost (the layer of ground that normally remains frozen year round), which have destroyed buildings and roads and forced relocations of entire native Inuit villages. END_OF_DOCUMENT_TOKEN_TO_BE_REPLACED

Climate change will soon make the Arctic regions of the world nearly unrecognisable, dramatically disrupting traditional Inuit and other northern native peoples’ way of life, according to a new report that has yet to be publicly released.

Originally published in September 11 2004 by the Inter Press Service

The dire predictions are just some of the findings by the Arctic Climate Impact Assessment (ACIA), an unprecedented four-year scientific investigation into the current and future impact of climate change in the region. “This assessment projects the end of the Inuit as a hunting culture,” said Sheila Watt-Cloutier, chairwoman of the group that represents about 155,000 Inuit in the Arctic regions of Canada, Russia, Greenland, and the United States.

The report predicts the depletion of summer sea ice, which will push marine mammals like polar bears, walrus and some seal species into extinction by the middle of this century, Watt-Cloutier told IPS. END_OF_DOCUMENT_TOKEN_TO_BE_REPLACED

Oct 4 (IPS) – The hot breath of global warming has now touched some of the coldest northern regions of world, turning the frozen landscape into mush as temperatures soar 15 degrees C. above normal.

Entire hillsides, sometimes more than a kilometre long, simply let go and slid like a vast green carpet into valleys and rivers on Melville Island in Canada’s northwest Arctic region of Nunavut this summer, says Scott Lamoureux of Queens University in Canada and leader of one the of International Polar Year projects.

“The entire landscape is on the move, it was very difficult to find any slopes that were unaltered,” said Lamoureux, who led a scientific expedition to the remote and uninhabited island. END_OF_DOCUMENT_TOKEN_TO_BE_REPLACED