Skip to content
HomeExtinction Tourism — See It Now Before Its Gone

Tourism companies are now using climate change as a marketing tool: Visit the pacific island paradise of Tuvalu before rising sea levels swallow it in the next 30 to 50 years. See the Arctic while there is still ice and polar bears.

“Some companies are using climate change as a marketing pitch, a ‘see it now before it’s gone’ kind of thing,” says Ayako Ezaki, communications director for the International Ecotourism Society, based in Washington DC. 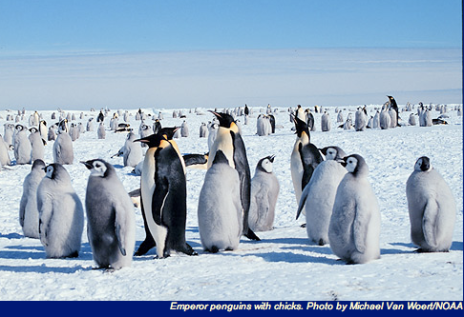 But “ecotourism companies are wary of using that, because we want our customers to see it and then act to protect it so it won’t disappear,” Ezaki told Tierramérica.

Climate change is reshaping the planet. Some islands will vanish and others will be uncovered as glaciers and ice sheets melt. Animals and plants are going extinct at a rate that will accelerate as the planet continues to heat up.

“Climate changes are impacting on all aspects of human and natural systems, including both cultural and natural World Heritage properties,” UNESCO (United Nations Educational, Scientific and Cultural Organisation) reported in 2006.

Hundreds of natural and historic sites around the world are at risk, such as the potential loss of ancient ruins in Thailand, coral reefs in Belize, 13th century mosques in the Sahara, and the Cape Floral Kingdom in South Africa, according to the UNESCO study.

And there is a strong, perhaps perverse, desire in many people to go and see rare things: the last few tigers or lady’s slipper orchids or a rapidly retreating glacier.

Scientists have become very reluctant to reveal any information about rare species for this reason, and even to keep collectors from scooping them up and selling them on the Internet, said Franck Courchamp, a biologist at University of Paris-South in Orsay, France in an interview.

Meanwhile, more people are travelling and they are going to more far-flung destinations than ever before.”Tourism has been growing 4.3 percent per year for the last 10 years,” says Louise Oram, of the World Travel and Tourism Council (WTTC), a business association of the top 100 largest tourism companies.

“And that growth will continue into the near future,” Oram told Tierramérica from her office in London.

The industry generated seven trillion — yes, trillion — dollars of economic activity in 2007 — 10.7 percent of global GDP. It is also directly or indirectly responsible for 231 million jobs around the world, she said.

Travel and tourism is the world’s largest generator of wealth and jobs according to the WTTC. It is also an industry that has an enormous impact on the environment. That is something the industry is starting to come to grips with, acknowledges Oram.

Ecotourism and nature tourism — which would include “climate tourism” — is growing perhaps three times faster than the industry in general, estimates Ezaki, of the International Ecotourism Society.Ecotourism operators are out front on this issue and try to minimise their impacts where ever possible, she says.

“When tourism is not sustainable it hurts the environment and we’re trying to change that.”

4 thoughts on “Extinction Tourism — See It Now Before Its Gone”