Skip to content
HomeCanada, Home of the World’s Dirtiest Oil 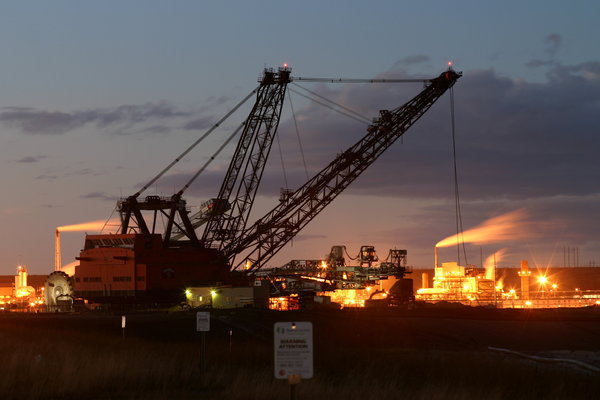 A new multi-million government PR campaign claims Canada is a “clean energy superpower“. Meanwhile oil production from Canada’s oil sands — the world’s dirtiest oil — is ramping up from 1.2 million barrels a day to 3.5 million. Sadly yet another example of a government resorting to the “big lie”.

By the way virtually all of this oil goes to the US market.

I wrote a series of investigative articles for IPS on the enormous environmental impacts of Canada’s oil sands in 2006. That series has been updated and collected into an e-Book format (download for free).

Here’s an excerpt from Oil Stains in the Boreal Forest: The Environmental Cost of Canada’s Oil Sands

* Dig up two tonnes of earth and rock
* Burn up to 1500 cubic feet of natural gas to boil approx 700 litres of fresh water to process the dirt
* Throw away 950 litres of toxic mine tailings and emit 480 kilograms of CO2, the main greenhouse gas causing global warming

REPEAT 1.2 million times a day (one barrel of oil makes about 75 litres of gasoline)

Note: this analysis does not include local air pollution, impacts on wildlife and local people from oil sands operations and pipelines.

2 thoughts on “Canada, Home of the World’s Dirtiest Oil”