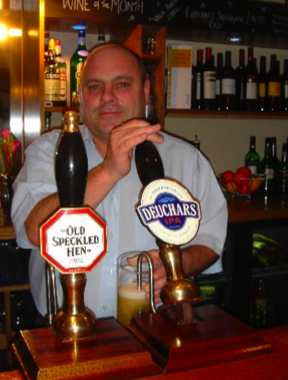 The village of Ashton Hayes in Cheshire, England is aiming to be the first carbon-neutral community in the England (Golden Lion pub included).

In just two years, the 1,000 residents have saved 20 percent on their energy costs and transformed their community.

“It’s been great fun and an amazing boost in community spirit,” said Garry Charnock, who put the idea to some friends in the local pub. “I thought they’d think of me as a bit of a crank, but they were all for it.”

More than 75 percent of the village showed up for the first meetings, something that had never happened before. Charnock told IPS that people are worried about climate change and want to do something but are reluctant to do it on their own. Unwittingly, Charnock’s notion of a carbon-neutral village unleashed the power of community. END_OF_DOCUMENT_TOKEN_TO_BE_REPLACED