UXBRIDGE, Canada , Sep 16 (IPS) – In hard economic times, protecting the environment is often seen as a luxury — or ignored completely. But had that attitude prevailed 20 years ago when it came to taking action to protect the ozone layer, skin cancer rates would have soared and climate change would be even more dramatic than it is today.

“We forget that things could have been far worse without international action in the form of the Montreal Protocol,” said U.N. Secretary-General Ban Ki-moon Tuesday as part of the annual World Ozone Day celebration.

And things are bad enough.

A massive ozone hole over Antarctica is making its annual appearance at a near record-sized 27 million square kilometres as measured by the U.S. National Aeronautics and Space Administration (NASA) on Sep. 13. This is the 25th “anniversary of the hole” and it likely has another 50 to 60 years of life left.

Without the Protocol the ozone layer would have been destroyed

More than one million new cases of skin cancer are diagnosed each year and more than 10,000 people will die as a result in the United States alone. That’s nearly 90 percent more skin cancer than in the 1960s.

Although the scientific evidence wasn’t especially strong 20 years ago, 24 nations headed by Argentina, the United States and Canada took a precautionary approach and signed the Montreal Protocol on Substances that Deplete the Ozone Layer. That foresight prevented the further destruction of the ozone layer and, by good fortune, kept the equivalent of tens of billions of tonnes of additional carbon dioxide out of the atmosphere.

Years after the protocol was signed, scientists discovered that nearly all of the ozone-destroying chemicals that the protocol is phasing out were major greenhouse gases. Some have a global warming potential that is thousands of times greater than carbon dioxide on a molecule by molecule basis.

“Without the protocol, the ozone layer would have been destroyed by 2050,” said Paul A. Newman, an atmospheric physicist at NASA’s Goddard Space Flight Centre, and co-chair of the Montreal Protocol’s Scientific Assessment Panel. 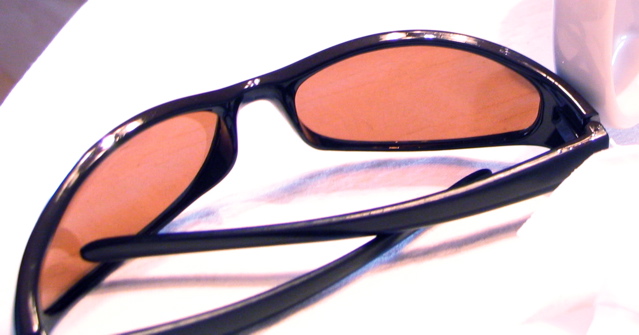 “UV (ultraviolet radiation) maximum would be 30 in Washington, instead of today’s max value of 10,” Newman told IPS.

“A less than three-minute exposure to the sun in Hawaii would have resulted in sunburn. Skin cancers would be at least 650 percent higher,” he said, based on computer models of a future without a protocol.

Plants, animals and other species would have been affected by the intense UV radiation, and many would not have been able to survive.

“If we had done nothing, we would have transformed our world,” Newman stressed.

HCFC’s also destroy ozone, but at about five percent the rate of CFCs. However, they are a powerful greenhouse gas. HFC doesn’t damage ozone but it also is a potent greenhouse gas. Last year at the 19th meeting of the parties — now 191 countries in total — agreement was reached to accelerate the phase-out of HCFCs from 2040 to 2030. Trimming the deadline by 10 years could keep the equivalent of 16 billion tonnes of CO2 out of the atmosphere over 25 years.

The United States emits about 7.5 billion tonnes a year currently

Billions more CO2 could be avoided by an even earlier phase-out, said Janos Mate of Greenpeace International. However, switching to HFCs which don’t damage the ozone will make global warming far worse, since many have a much higher global warming impact.

“There are many ozone-safe, alternative refrigerants such as carbon dioxide and hydrocarbons,” Mate told IPS.