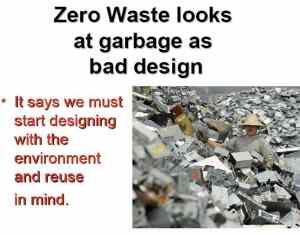 Shawn Williamson took out 2.4 bags of trash last year. Williamson hopes to trim that to 1.6 bags of garbage this year from his family of three living in a typical newer home in nearby Brooklin.

“It’s easy,” says Williamson, a consultant and Director at Durham Sustain Ability, who also uses his home as an office. The secret is buying in bulk and “not buying crap”. The family buys 50lb bags of rice, uses glass jars for storage of other bulk food items and does its own backyard composting. [living zero waste – you tube video]

“It makes more sense to compost food waste in your backyard than transport it all over the Region.”

Uxbridge and Durham Region residents may not realize there is a looming garbage crisis. Virtually all of the Region’s more than 100,000 tonnes of trash goes to Michigan. But those landfills will be closed to Ontario’s garbage in 2010. In response Durham Region Council voted last year to build an estimated $230 million incinerator, or energy-from-waste (EFW) facility in Clarington near Lake Ontario.

“No incinerator is clean. Why let the Region blow toxic smoke into your lungs?” Dr. Sean Godfrey, Chief of Pediatrics, Lakeridge Health Oshawa asked about 80 people attending an information session in Whitby in early April. The event was part of a series of sessions organized by a group of Durham residents called ZeroWaste4ZeroBurning who oppose Durham’s proposed incinerator. 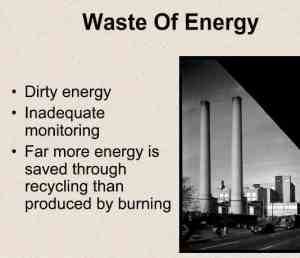 Although Durham Region will pay 75 percent of the construction cost with York region covering the balance, it will be privately operated and cost about $14 million a year to run.

Dr. Godfrey said while the many incinerators used in Europe are often used as proof that such facilities are “safe”, in fact various medical associations of France, Britain, Italy and others oppose them and more than 200,000 European doctors and scientists in 2006 called for a moratorium on all new incinerators.

“Incinerators are the largest source of dioxins,” he said.

Dioxins are longlasting, toxic contaminants formed during the combustion process. Health Canada agrees that incinerators are the largest source and says dioxins attach to small particles and travel long distances. They are known to cause skin disease, liver problems, impair the immune system, increase the risk of cancer and affect childrens’ development.

“The damage done will only be known many years later,” Dr. Godfrey warned.

While scrubbers and filters can remove some contaminants they cannot remove them all and in particular “ultra-fine particles” that may in fact be the most dangerous of all he said. However, the Region’s consultant on the incinerator studied the scientific and medical literature and concluded there was not a significant risk to human health or the environment. Clarington council is not so sure and recently voted to spend $122,000 to get an independent review done.

Dr. Godfrey is also critical of the Region’s human health risk study and says the science is simply not there to prove the safety of incineration. That was the conclusion of the Halton Region’s Medical Officer of Health when a similar incinerator was rejected three years ago he said.

Durham’s Medical Officer of Health will have a chance to say if it is safe after the winning incinerator operator is selected, said Howie Herrema, Uxbridge’s Regional Councillor. That selection was made last week.

When it comes to the Region’s waste: “it’s either burn it or bury it,” Herrema said. 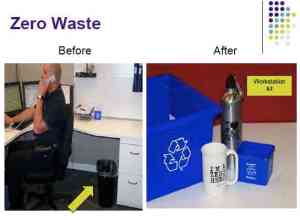 However in the 1990s Regional Council voted to ban the construction of new landfills in Durham. Zero waste, the third option proposed by some residents is “simply not attainable,” he says.

The Zero Waste concept looks at why so much waste is being generated in the first place and addresses it at the source. It’s about materials management that reduces and eventually eliminates waste, Whitby resident Nadia McLean-Gagnon said at the Whitby ZeroWaste4ZeroBurning information session.

It involves designing products and packaging that reduce the amount of materials used and can be reused or recycled. “Zero waste is a local and global movement with many municipalities and regions implementing zero waste plans,” McLean-Gagnon said.

The Ontario government is also looking at zero waste as a new goal for the province. Durham already recycles about 50 per cent of its waste and has a target of 70 percent by 2010. However, reaching 70 per cent is not attainable in that time frame says Herrema. Getting to 60 per cent is not too hard but the next ten percent will be challenging, he says. “It’ll probably take another ten years to get to 70 percent.”

However, if Durham’s incinerator is built it has to be fed 24/7 with a high volume of trash – approx 140,000 tonnes per year -providing a disincentive for intensive waste reduction and recycling say critics. If there isn’t enough residential waste to burn then it could come from other sectors like commercial and industrial says Herrema. 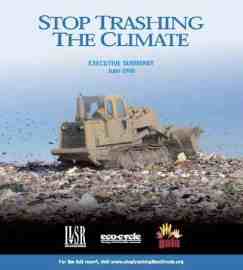 Landfills will still be needed to dispose of an estimated 32,700 tones of ash and 5,600 of toxic fly ash that will be produced annually.

The Region has announced a public information session on the issue for May 12 at the Garnett B. Rickard Recreation Complex in Clarington. Despite many requests, this is the first information session since the Fall of 2007, and will likely be the last since the Region is expected to make its final decision this June, said Linda Gasser, a resident of Orono.

Meanwhile, the Ontario Ministry of the Environment is revising its air emissions guidelines for projects like incinerators.

“What’s the rush? Why not wait to find out what the new emission guidelines are and how they affect the project?” Gasser asked. This incinerator will affect all of us in the Region especially in terms of our tax dollars, she said.

Zero waste is a long term goal, acknowledges Shawn Williamson, but it is a very “powerful concept”.

One thought on “Do Incinerators Kill Goal of Zero Waste?”