Skip to content
HomeExtraordinary Abundance of Life in Oceans Past

Pure fantasy? No, in fact that extraordinary abundance of marine life off the English coast was the norm for oceans around the world not so long ago, researchers have now documented.

And then humans began to mine the seas of anything worth eating.

“The impact of fishing over the centuries is far larger than anyone thought,” said Poul Holm, a professor at Trinity College in Dublin and global chair of the History of Marine Animals Population (HMAP) project which part of the 10-year Census of Marine Life.

While many valuable species have been fished out in recent years, that has been happening for hundreds of years around the world based on nine years of research by hundreds of experts.

“In looking back 500 to 2,000 years ago, you get a real sense of the impacts of fishing and the cascading effects on marine ecosystems, some of which may be beyond recovery,” Holm told IPS.

Holm and other international experts are meeting this week in Vancouver for the second Oceans Past conference hosted by the University of British Columbia. 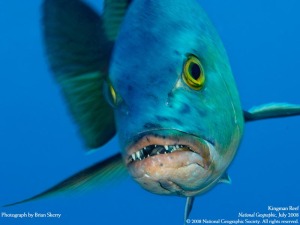 “Humans have fundamentally changed ocean ecosystems,” said Andy Rosenberg of the University of New Hampshire, and chair of the conference.

“But the oceans can be very much more productive in the future with proper management,” Rosenberg said in an interview. “If we fish less now, we can get more in the future.”

For complete article see ENVIRONMENT: Extraordinary Abundance of Life in Oceans Past.