“To have potatoes, there must be land, people to work it, a culture to support the people, Mother Earth and the mountain gods…”

Patents and other forms of restricting access to knowledge are very worrisome in a time of climate change, says a new report by the London-based International Institute for Environment and Development (IIED).

The study was presented at meetings of the WIPO – a United Nations agency – held Jun. 23-Jul. 3 in Geneva.

WIPO aims to develop rules for protecting rights over traditional knowledge, such as indigenous knowledge about medicinal plants, which conventional intellectual property laws do not cover.

However, according to IIED’s Krystyna Swiderska, who coordinated the research in Africa, Asia and Latin America, “WIPO’s call for consistency with existing intellectual property standards is a flawed approach as these have been created on Western commercial lines to limit access to inventions such as drugs developed by private companies.”

Intellectual property is about restricting access, creating monopolies and eliminating competition, and it is being pushed by transnational pharmaceutical and seed companies, said Pimbert. END_OF_DOCUMENT_TOKEN_TO_BE_REPLACED

While industrialised countries struggle to switch from climate-damaging, carbon-based energy to greener energy sources, much of the world is desperately energy poor, with 1.6 billion people having no access to electricity and 2.4 billion relying on wood and dung for heat and cooking.

“Over 1.6 million deaths a year are attributed to indoor use of biomass for cooking and heating,” Kandeh Yumkella, director-general of the United Nations Industrial Development Organisation (UNIDO), told more than 600 participants from 80 countries at the Vienna Energy Conference this week in Austria’s capital city.

The conference concluded with a recommendation to create a 20-year plan to end energy poverty by 2030.

Women and children in many parts of the world have little choice but to spend hours each day in search of firewood, trapped in a vicious cycle of deforestation that increases erosion and reduces the fertility of their land. “Energy interacts with all of the development challenges we face,” said Yumkella.

The developing world – and especially those without access to electricity – must be part of the new green energy revolution, he said. “We can’t leave people out. We must have climate justice and energy justice,” he told IPS in an interview.

For complete story see  Green Energy for All by 2030?

The world has turned a green corner toward a more sustainable future, with investments in clean energy outpacing fossil fuel power generation for the first time.

Despite the global economic crisis, a record 155 billion dollars was invested in clean energy companies and projects worldwide last year, mainly in wind and solar, according to a new report from the U.N. Environment Programme (UNEP).

More remarkably, that investment in clean energy topped 2007’s record investments by five percent, in large part as a result of investments by China, Brazil and other emerging economies.

Achim Steiner, UNEP’s executive director, says that “2008 was the first year where there was more investment in non-carbon energy sources than in high carbon and nuclear energy.”

UNEP has been calling for a “Global Green New Deal” to jump-start the global economy and use the various economic stimulus packages to make investments in clean technologies and ‘natural’ infrastructure such as forests and soils. Experts argue that this is the best bet for real growth, combating climate change and sparking an employment boom in the 21st century.

“There are literally millions of new jobs that could be created in the next few years,” Steiner said. END_OF_DOCUMENT_TOKEN_TO_BE_REPLACED

China’s CO2 emissions have soared 150 percent in the last 20 years, Yanhua acknowledged, and are now the highest of any country, including the United States. China’s carbon intensity – the amount of carbon emitted per unit of production – is 10 times higher than Germany’s and major efficiency improvements are needed, he said. END_OF_DOCUMENT_TOKEN_TO_BE_REPLACED

Spectacular views of mountains and glaciers here in the world’s most northerly permanent human settlement contrasted with business and political leaders’ pessimism and concern about the enormous gap between the action on climate that science deems necessary and what politics considers realistic.

“We must push beyond the politically feasible,” said Tora Aasland, Norway’s minister of research and higher education.

“Here we are at the edge of the North Pole where climate change is easier to see…How do we communicate the urgency of our situation?” Aasland asked several dozen attendees at a recent high-level symposium in Ny-Ålesund, on the western coast of Spitsbergen Island about 1,200 kilometers from the North Pole.

She emphasised that we already know what to do and how to do it, including reducing fossil fuel energy use, improving energy efficiency, and investing in new technologies like carbon capture and storage.

Taking action on climate is imperative and an ambitious international agreement is urgently needed based on what scientists say is required to stabilise the climate system, participants concluded in a final statement. However, the current series of international climate negotiations in Bonn, Germany have bogged down and are on the edge of collapse, several participants noted. END_OF_DOCUMENT_TOKEN_TO_BE_REPLACED 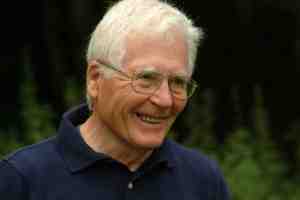 “When the first great climate disaster strikes, I hope we will all pull together just as if our nation were being invaded,” says British scientist James Lovelock in this exclusive Tierramérica interview.

As the world marksInternational Environment Day Friday, Lovelock argues that as the climate warms and the carbon content of the atmosphere soars, humanity is facing a far grimmer future that will be upon us sooner than any of the projections made by the Intergovernmental Panel Climate Change (IPCC).

A chemist, physician and biophysicist, Lovelock is one of the world’s foremost environmental scientists and founder of the Gaia Hypothesis, which describes the planet as a living organism, a complex system in which the components of the biosphere and atmosphere interact to regulate and sustain life.

Although his ideas often feed controversy, Lovelock has wide-ranging scientific credentials. As an inventor, he holds more than 50 patents, including the first devices for detecting the presence of ozone-depleting CFCs (chlorofluorocarbons) and pesticide residues in the environment.

He is also the author of many books. The most recent, “The Vanishing Face of Gaia: A Final Warning”, was published in April. Lovelock spoke with Tierramérica’s Stephen Leahy in Toronto.

TIERRAMÉRICA: Why are you critical of the IPCC? END_OF_DOCUMENT_TOKEN_TO_BE_REPLACED