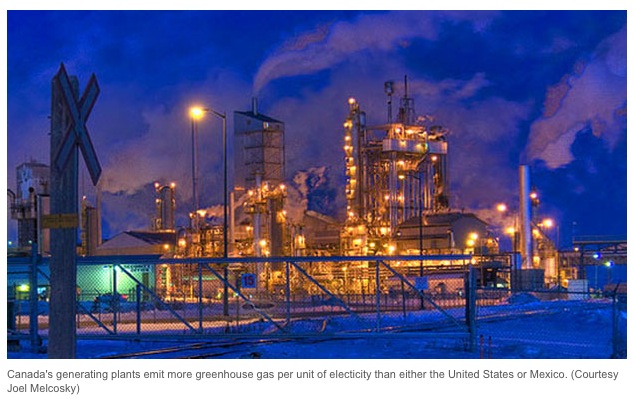 Barely 24 hours after it signed a new global climate change agreement in Durban, South Africa, Canada became on Monday the first country to formally withdraw from the Kyoto Protocol, the only legally binding treaty to reduce emissions causing climate change.

The 17th Conference of the Parties (COP17) concluded last Sunday with an agreement called the Durban Platform, which includes a consensus agreement for a second commitment period of the Kyoto Protocol after the first expires at the end of 2012.

Canada’s government under Stephen Harper essentially agreed to a continuation of Kyoto only to announce formal withdrawal after Canadian Environment Minister Peter Kent arrived back safely in Canada on Monday.

“Kyoto, for Canada, is in the past,” Kent said in Durban on Dec. 7. Still, he insisted in a statement on Monday, “Canada went to Durban in a spirit of good will.”

Despite the so-called good will, Canada is well known as a pariah on climate and environmental issues, having being judged as the most uncooperative country for the last five climate treaty COPs.

Kent brought a “reckless arrogance with him to Durban, where he’s maintained a hard line… and fought hard to put polluters before people”, according to Climate Action Network, an international coalition of environmental non-governmental organisations (NGOs) attending COP17.

Canada’s withdrawal comes as no surprise. Mirroring the views of the fossil fuel industry, the Harper government has expressed disdain for the Kyoto Protocol. In a fundraising letter prior to coming to power in 2006, Harper called it a “socialist scheme to suck money out of wealth-producing nations”.

Under the Kyoto Protocol, Canada agreed to reduce its carbon emissions by six percent by 2012 in comparison to its 1990 emissions. 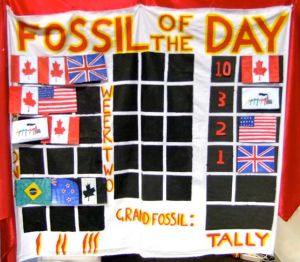 While Canadians individually cut emissions at the urging of previous governments, the enormous expansion of emission-laden tar sands operations inflated Canada’s emissions by 24 percent above 1990 emissions.

On Monday, Kent said that for Canada to meet emissions targets would entail taking every vehicle off the road and cutting the heat in every building in the country. He did not mention reducing emissions from the tar sands.

“I regret that Canada has announced it will withdraw and am surprised over its timing,” said Christiana Figueres, executive secretary of the U.N. Framework Convention on Climate Change (UNFCCC), under which climate negotiations like COP17 are held.
Figueres is charged with bringing together 193 nations to figure out how to keep global warming below two degrees Celsius.

“Whether or not Canada is a Party to the Kyoto Protocol, it has a legal obligation under the Convention to reduce its emissions, and a moral obligation to itself and future generations to lead in the global effort,” Figueres said in a statement.

Kyoto is legally binding but it lacks penalties for non-compliance, despite Kent’s claims that Canada would have to pay 14 billion dollars in penalties. To meet its Kyoto obligations, Canada could have purchased carbon credits, which, at eight U.S. dollars a tonne, are quite inexpensive.

Kent also said Canada had no choice given the economic situation – a surprising comment given billions in annual subsidies paid to the fossil fuel industry and recent decisions to spend 50 to 60 billion U.S. dollars on new warships and fighter jets.

Although in total China now spews more carbon than the U.S., its emissions per person are still far lower. Canada’s per capita emissions are the sixth highest in the world, just below the U.S., more than twice those of Britain, four to five times those of China and about 60 times those of Kenya.

The Harper government has pledged to match the new U.S. emission reduction target of about three percent below 1990 emissions by the year 2020. This cutback falls far short of what climate science shows is necessary to limit climate change to two degrees Celsius: by 2020, industrialised countries need to reduce their emissions by 25 to 40 percent.

“Canada leaving the Kyoto Protocol is not about achieving an agreement that keeps all polluters accountable, it is about allowing business as usual in Canada,” said Andrea Harden-Donahue, a climate campaigner at the non-governmental organisation (NGO) Council of Canadians.

Environmentalists and countries like France, China, and many others have condemned Canada’s withdrawal from Kyoto.

Canada is in league with other U.S.-allied countries and not interested in cutting it emissions, said Mithika Mwenda, coordinator of Pan African Climate Justice Alliance, a coalition of African NGOs.

“To demonstrate the African anger to Canada’s myopic action, we urge our leaders to immediately end the Africa-Canada partnership,” Mwenda told IPS from Kenya.

“This move is not (about) economics,” said John Bennett, executive director of Sierra Club Canada.

“Mr. Kent does not understand what he is sentencing our children to – catastrophic climate change will cost them far more.”