“….nature is sick, which threatens the survival of the human species”

Lawrence Amos travelled from the Arctic at the top of the world to the tropical middle to recite in a soft voice the ongoing destruction of his home by climate change.

The ice is rougher and not as thick, and melts in May instead of June. There is less snow, more coastal erosion, and permafrost is melting, threatening to swallow homes, said Amos, an Inuit who lives in Sachs Harbour in Canada’s High Arctic, one of the remotest communities on the planet.

Amos was speaking here on Memorial Day at the 9th World Wilderness Congress from Nov. 6-13, where many other indigenous peoples, scientists and conservationists from more than 50 countries documented the escalating impacts of climate change on the land and in the oceans.

Like the roll call of the names of those fallen at Memorial or Remembrance Day ceremonies, Amos’ list of impacts experienced by the people of the western Arctic was tragically long.

Insects, birds and fish never seen before are now appearing in the region. “Grizzly bears are mating with polar bears… Our traditional knowledge about the land is becoming worthless,” he told IPS.

“Mother Nature does not use language. We must be aware of the signs, the changes in species, the melting of glaciers to inform us that nature is sick, which threatens the survival of the human species,” said Bittu Sahgal, founder of Sanctuary Asia, India’s leading environmental conservation magazine and book publisher.

“Nature will not talk to us, it will give us consequences,” he told more than 1,500 participants at the WILD9 congress, a partnership between the WILD Foundation, an international, non-governmental non-profit based in the United States, and Unidos para la Conservación, a conservation organisation in Mexico.

Sahgal recited a long list of scientific observations and evidence that the climate is changing. The average global temperature is hotter today than it has been at any time in the past three million years, he pointed out.

“Many species, including humans, have evolved after that time and aren’t equipped to handle a warmer world,” he said.

However, this is a profoundly exciting time in human history because of the importance and far-reaching consequences of the decisions about protecting and restoring the natural world, Sahgal says. With time, nature will heal itself – but humans have to dramatically reduce emissions from burning fossil fuels and pollutants if they hope to endure.

“If you have a scraped knee, you can’t dump poisons or keep bashing the wound and expect it to heal,” he said.

Humanity’s greatest defence against climate change is protecting wilderness, he said. Deforestation is responsible for 20 percent of global carbon emissions, in addition to ruining an entire ecosystem of other plants and soil that store carbon. Primary forests also provide other vital services, such as cleaning air and water.

Ending deforestation would reduce global emissions by 20 percent, likely faster and more than any current technology or policy.

“We need a global strategy to keep green carbon [carbon in trees and soil] where it is,” Locke said.

As for emissions of brown carbon – those from burning fossil fuels – energy efficiency is the first, easiest and cheapest thing to do, said world-renowned energy expert Amory Lovins of the Rocky Mountain Institute in the U.S. state of Colorado. 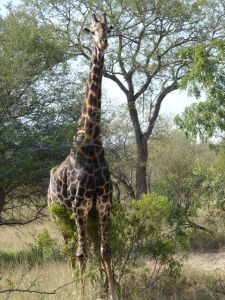 Climate science shows that to avoid dangerous climate change, global carbon emissions must peak in the next few years and then decline by three or four percent per year. And that turns out to be “easy and not very costly to do”, says Lovins.

His solution is to simply make vehicles much lighter with super-strong carbon fibre or other lightweight materials. Then the engine could be smaller and the net result is three to five times more fuel efficient than current vehicles, he says.

Lighting, buildings and industrial processes could reduce their energy use by 75 percent in the U.S. and at a low cost that would pay for itself in a few years time, said Lovins, a much sought-after energy consultant who has achieved such results working with government and business.

Lovins has been preaching the gospel of efficiency for decades, but low energy prices and societal inertia have slowed the widespread improvements.

But Ilarion Merculieff of the Bering Sea Council of Elders sees it differently. Our culture, our modern way of life, is abnormal, consumption-based and self-destructive, Merculieff, an Aleut from Alaska, told IPS. “Advertising all over the world is materialistic propaganda,” he said.

Hybrid cars and efficiency improvements are just business as usual – consumption and materialism – and not the way forward for humanity. “We are asking the wrong questions,” he said.

Elders of indigenous peoples in much of the world have long argued that the root cause is that humanity is in conflict with itself.

“We need to look inside ourselves, to struggle against the lies of modern society that envelope us all and reverse the paradigms that we take for granted,” said Merculieff.

Catastrophe is coming, he warned: “Mother Earth is sick and so are we because we mirror her.”

The only way forward is that “we must learn to live a simple life that is spiritually based”.