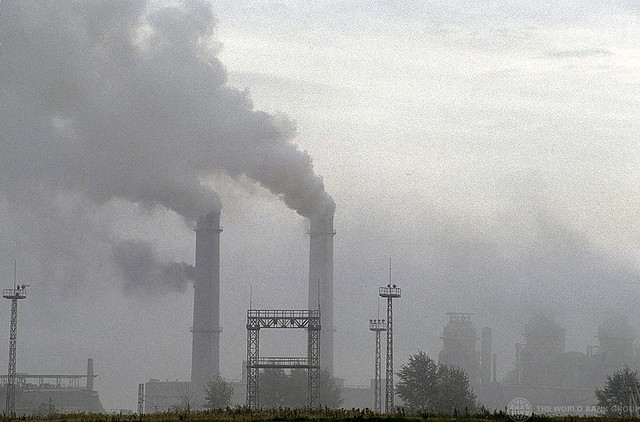 Growth-obsessed markets and governments are pillaging the planet and it must stop, a new U.N. report warns.

The present “brown” economic system driven by fossil fuel energy and the serial depletion and degradation of natural resources and ecosystems has no future and must be replaced by a green economy, says the Green Economy report launched in Nairobi, Kenya this week by the United Nations Environment Programme (UNEP).

Investing just two percent of the global economy into a few key sectors will kick-start a transition towards a low- carbon, resource-efficient economy, the report says. With that relatively small investment, many of the world’s biggest challenges – climate change, poverty, hunger, jobs, sanitation, energy, food – could be successfully met within two generations.

“The Green Economy provides a vital part of the answer of how to keep humanity’s ecological footprint within planetary boundaries,” said Achim Steiner, UNEP executive director.

“It aims to link the environmental imperatives for changing course to economic and social outcomes,” Steiner said.

The report documents that a green, low-carbon, resource- efficient economy will be at least as prosperous as the old brown economy. Better still, a green economy will not have the inherent risks, shocks, scarcities and crises of the resource-depleting, high carbon ‘brown’ economy, it says.

“A green economy is not about stifling growth and prosperity, it is about reconnecting with what is real wealth; re-investing in rather than just mining natural capital; and favouring the many over the few,” says Pavan Sukhdev, an economist on secondment from Deutsche Bank and head of UNEP’s Green Economy Initiative.

The first step on the road to a green economy is to phase out the over 600 billion dollars in global fossil fuel subsidies and “re-direct the more than 20-billion-dollar subsidies [that] perversely reward those involved in unsustainable fisheries”, said Sukhdev.

“Misallocation of capital is at the centre of the world’s current dilemmas and there are fast actions that can be taken starting literally today,” he said in a statement.

The fact that the world spends between one and two percent of global GDP subsidising unsustainable resource use puts a lie to the oft-cited claim that environmental investments come at a cost to economic growth. Industrial agriculture is another example of a heavily subsidised sector that contributes up to one-third of all greenhouse gas emissions and has other massive environmental side effects.

Moreover, industrial agriculture has failed to properly feed up to a billion people a year for decades, says the International Federation of Organic Agriculture Movements (IFOAM).

That clear failure and the environmental destruction it has caused is a clarion call for a shift to agro-ecological practices as recommended by the International Assessment of Agricultural Knowledge, Science and Technology for Development (IAASTD). Those practices have been endorsed by UNEP, the FAO, World Bank and over 50 countries, according to an IFOAM statement made on behalf of farmer organisations.

Putting agro-eco practices into place will require governments to shift their subsidies and policies to support small food producers and their efforts to nurture the majority of the world’s ecosystems and biodiversity.

The “Towards a Green Economy” report acknowledges some jobs in the brown economy will be lost. However, new jobs will be created, green jobs that are both better for people and the environment. The report defines the green economy as “one that results in improved human well-being and social equity, while significantly reducing environmental risks and ecological scarcities”.

“I am pleased to read that UNEP shares with workers around the world the deep belief that a green economy should work for the people and the planet, and not just for GDP growth and a few wealthy companies,” said Sharan Burrow of the International Trade Union Confederation, a labour organisation representing 176 million workers in 151 countries and territories.

“The policies being pursued by governments at the moment risk taking us backwards. Neo-liberal recipes, based on the dictates of the financial markets, have to be jettisoned,” Burrow said in a statement.

To create a truly green economy requires governments to take back their responsibilities to regulate banking and finance, and promote policies which stimulate greening of workplaces and creation of new green jobs, she said.

Green is the best way for Europe to re-energise its faltering economy, according to a major new report released in Brussels this week by the German Environment Ministry. A massive burst of investment in green technologies aimed at reducing greenhouse gas emissions by 30 percent by 2020 will not only be good for the global climate it will bring wide economic benefits to the 27 countries of the European Union.

“European governments must not ignore evidence that moving to a 30 percent target is in Europe’s own economic interests, when the lives of millions of poor people, already hit by climate change, are on the line,” said Tim Gore, Oxfam’s climate change policy spokesman.

Enormous inertia and resistance will have to be overcome to make the shift from brown to green. Governments will have to become “green activists” to make it happen, experts acknowledge.

It is up to each country to act, says UNEP spokesperson Nick Nuttall. Taxation and smart market mechanisms that shift consumer spending and promote green innovation will be needed. Policies that favour renewable energy and government spending that stimulates green economic sectors and limits spending that deplete natural capital will be among the changes needed.

Relying on markets and investors to power the shift to green economy is unlikely to work, says Christine von Weizsäcker, representing civil society at the UNEP meetings in Nairobi where the report was released. Governments will have to be active in directing the shift by enforcing rules and practices like the precautionary principle protecting human rights, said Weizsäcker, a biologist with ECOROPA, a German NGO.

“Stopping perverse subsidies certainly should be one of the core issues of the green economy,” she said.