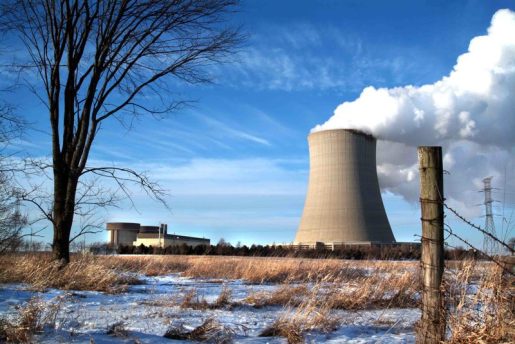 [This is a repost about the financial costs and risks of nuclear technology. If a country is going to spend $10 billion to generate energy and reduce carbon emissions what technology truly offers the best return on a full cost-accounting basis? The latter calculation is not simple or uncontroversial – here is an attempt to get at it.– Stephen ]

Why is nuclear energy back on the table?

One reason is a powerful U.S. lobby where 14 energy companies spent 48 million dollars in 2007 alone to convince American politicians to give the industry huge loan guarantees because they cannot get financing anywhere else, says Ellen Vancko, a nuclear energy analyst at the Union of Concerned Scientists, a U.S.-based non governmental organisation (NGO).

This lavish lobbying effort by the energy and nuclear power sector has been ongoing since the mid-1990s, according to the Center for Responsive Politics, a U.S. NGO and now totals at least 953 million dollars.

Even more has been spent to convince the public that nuclear is one of the keys to energy security so that there is significant public support for new reactors, a Gallup Environment Poll reported this year.

“There are lots of senators and members of congress talking about nuclear as a clean, renewable energy resource,” Vancko says.

The other reason is the French.

France gets about 77 percent of its power from 58 reactors and is often cited as the model for other countries. “France is a special case. The entire industry is 85 percent owned by the government,” says Mycle Schneider, a Paris-based energy and nuclear policy analyst.

The industry gets direct and indirect subsidies, government loans and loan guarantees “on practically anything they want”, Schneider told IPS.

And despite a well-polished reputation for efficiency and low-cost, the French nuclear industry has been plagued by cost-overruns, equipment failures, and relatively low levels of reliability. Even though French reactors are all of similar design, the cost to build a plant in 1998 was 3.5 times higher than the first plants built in 1974, says Steve Thomas, professor of energy policy at the University of Greenwich in the U.K.

Unlike wind or solar energy or virtually any other technology, the costs of nuclear go up over time rather than down even in pro-nuclear France, he said. “I think that is rather telling about the technology,” Thomas told IPS.

Backed by French government loan guarantees, Areva, the French government-owned nuclear energy company began construction in 2005 on what is supposed to be the world’s largest and safest nuclear plant at Olkiluoto, Finland.

Plagued by thousands of construction and design problems it is currently 2 to 3 billion dollars over budget and three to four years behind schedule.

“It’s a total disaster for Areva,” Schneider says. Areva will have to sell another 12 reactors to cover the cost overruns thus far or else French taxpayers will, he said.

“The hype around a nuclear power revival or renaissance was based on nothing and is effectively dead.”

However there is real danger that the nuclear industry will continue to promote itself as a ‘silver-bullet’ solution to climate change and give politicians the kind of mega-projects that gets them publicity, warns Schneider.

Equally important is that corporate shareholders of large utility companies can do very well financially on such projects when governments guarantee to cover any losses.

“The worst thing about new nuclear is that it steals billions of public dollars from other more effective things like energy efficiency,” he says.

Lavish US Lobbying Pushes Nuclear Energy — Taxpayers on the hook for 360 billion to 1.6 trillion dollars (again)