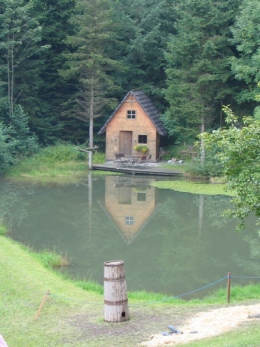 Can Capitalism Be Green?

Experts say continuous economic growth, intrinsic to capitalism, is not viable on a planet with increasingly scarce natural resources.

May 7 (IPS/IFEJ) – Capitalism has proven to be environmentally and socially unsustainable, so future prosperity will have to come from a new economic model, say some experts. Just what this new model will look like is the subject of intense debate.

One current states that continuous growth can be environmentally compatible if clean and efficient technologies are adopted, and if economies stop producing material goods and move towards services. This is known as sustainable prosperity.

International agreements to fight global problems, like the thinning of the atmosphere’s ozone layer and climate change, used market principles to achieve compliance by the private sector.

But the problem is, “We are consuming 25 percent more than the Earth can give us each year,” says William Rees, of the School of Community and Regional Planning at the University of British Columbia.

Rees and other experts have calculated that annual human consumption of natural resources exceeds the planet’s ecological capacity to regenerate them by 25 percent, a proportion that has been growing since 1984, the first year the calculate that humanity crossed that capacity threshold.

“Our planet needs natural capital (resources) like trees to provide the ecosystem services of clean air and water that we all depend on,” said Rees in an interview. He was one of the inventors in 1992 of the concept of “ecological footprint”, an indicator of how much productive land a certain human population needs in order to supply itself with resources and to absorb its waste.

Capitalism is all about accumulation of wealth based on the consumption of natural resources, whose availability is strictly limited, he said. We are also exceeding the maximum amounts of pollution or waste products, such as carbon dioxide emissions — the main contributor to climate change –, that the planet can absorb and process without affect.

Market economists call pollution and its impacts “externalities”, and rarely factor them into the economic models, he said.

Rees defines sustainable prosperity as the global use of resources and generation of wastes that do not exceed the planet’s capacity to regenerate and absorb. Equally important, he says, is the social dimension: true prosperity is possible only when income disparity between the rich and poor is small.

“U.S. executives are paid 500 to 1,000 times more than their workers, and this inequity continues to worsen,” he said.

For the rest of the story click here Can Capitalism Be Green?

One thought on “Can Capitalism Be Green?”