FORT LAUDERDALE, U.S., Jul 8 (IPS) – Fish catches in tropical island nations may be as much as 17 times higher than officially reported, according to a new study released Tuesday.

“The underreporting of fish catches is of such a magnitude it boggles the mind,” said Daniel Pauly, a renowned fisheries expert at the University of British Columbia (UBC).

All of the 20 small Pacific island countries in the study underreported catches, mainly because they did not count the catch by small-scale local fishers. This is not unique — even the U.S. does not report local and recreational fishing statistics, Pauly told IPS at the 11th International Coral Reef Symposium (ICRS) in Fort Lauderdale, Florida Tuesday. 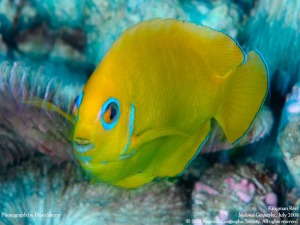 A different study also released Tuesday estimates that the unreported recreational fish catch in the Hawaiian Islands doubles the size of the official catch. It also concluded that 75 percent of reef fishes in the main Hawaiian Islands are depleted or in critical condition because of overfishing.

Pauly and other fish experts long suspected that many nations do not measure small-scale and recreational fisheries. The Sea Around Us Project located at UBC is the first attempt to reconstruct actual catches between 1950 and 2004.

“Even though small-scale fisheries feed many people in poor countries, their contribution goes unreported,” Pauly said.

The Food and Agriculture Organisation (FAO) in Rome collects and compiles global fishery data. However, countries provide the information on a voluntary basis and it is not verified. And very often the data is supplied by the countries’ foreign affairs or export development departments and not the fisheries agency and represents fish exports, not actual fish catch, Pauly said.

However, this grossly imperfect data is the only global fishery data and is what scientists, policy makers, conservationists and others rely on to make decisions such as catch quotas and licensing — often with serious consequences.

Without fish, many poor communities have to import food, and this is particularly true for the small Pacific islands in the study, said Dirk Zeller of the Sea Around Us Project. “Local fish are crucial to food security but fisheries management is based on FAO data that doesn’t reflect this reality,” Zeller said.

Since small-scale fishers take far more fish than anyone ever realised, it is critical to “more closely monitor commercial overfishing so that coastal communities around the globe have the income and food sources they need”.

Zeller acknowledges that the study is not quantitative, representing more of an informed estimate, but one that is deliberately on the conservative side. However, it is far better than the FAO data that ignores small-scale fisheries entirely, he said.

FAO statistics show that the average person in the east African country of Mozambique, with a coastline of 2,500 kms, consumed a mere three kilogrammes of fish a year, when the global average is 16 kilogrammes, said Jennifer Jacquet a researcher at the Sea Around Us.

“Local subsistence fishing was not measured,” Jacquet said in an interview.

When it was measured in some areas, fish catch was six times greater. However, Mozambique had already sold fishing licenses to shrimp trawlers based in the European Union (EU) based on the faulty data that ignored the catch by small-scale fishers and the importance of this catch for food security.

The EU trawlers have an enormous by-catch that is discarded, with major potential impacts on local fishers, she said: “It’s a reverse Robin Hood scenario: stealing from the poor and giving to the rich.”