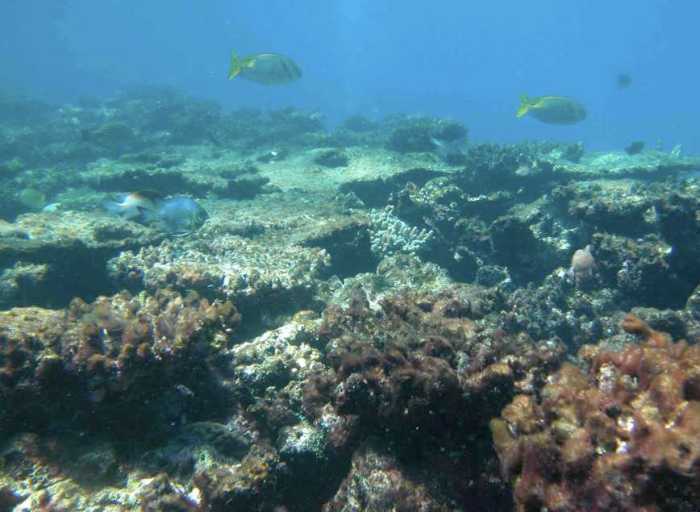 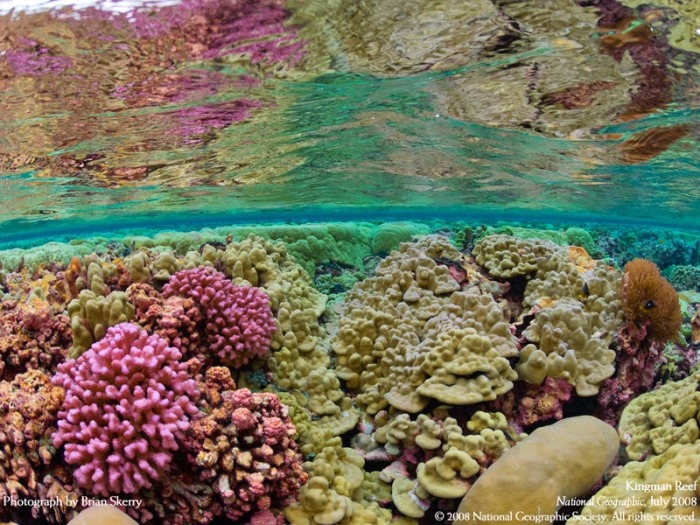 Coral reefs are often called the rainforests of the oceans for the richness of species they harbour, representing 25 to 30 percent of all marine species. Millions of people, including many in developing countries, derive their livelihoods from fishing, while around 2.6 billion people get their protein from seafood, according to studies done by the United Nations Environment Programme (UNEP).

Coral reefs also help mitigate beach erosion and have high recreation value for tourism. UNEP estimates that a typical coral reef can absorb up to 90 percent of the energy of wind-generated waves, thus protecting coastal areas from damage.

The economic value of reefs globally is estimated at 375 billion dollars, Brian Huse, executive director of the Coral Reef Alliance, a U.S.-based NGO dedicated to protecting the health of coral reefs, told IPS in a previous interview.

“When corals die off, so do the other plants and animals that depend on coral reefs for food and shelter, and this can lead to the collapse of entire ecosystems,” said Kent Carpenter, lead author of the Science article, GMSA Director, IUCN Species Programme.

The rate at which corals are approaching extinction is far faster than any previous extinction event in Earth’s history, Carpenter told IPS. “It’s the most alarming finding for biodiversity in the marine realm,” he said, adding that only amphibians are at greater risk, also due to climate change. 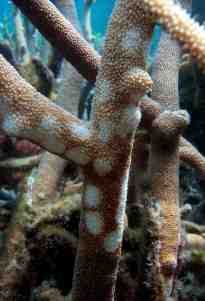 Staghorn corals face the highest risk of extinction, with 52 percent of species listed in a threatened category. The Caribbean region has the highest number of highly threatened corals (endangered and critically endangered), including the iconic elkhorn coral (Acropora palmata) which is listed as critically endangered. The high biodiversity “Coral Triangle” in the western Pacific’s Indo-Malay-Philippine Archipelago has the highest proportions of vulnerable and near-threatened species in the Indo-Pacific, largely resulting from the high concentration of people living in many parts of the region.

Not all of the world’s 845 reef-building corals could be assessed. Carpenter says there wasn’t enough data to evaluate how 141 species are doing.

While climate change is the primary global threat because it warms ocean temperatures beyond corals’ heat tolerance, pollution and overfishing are also major stressors that amplify and accelerate the impact. Another problem for corals is ocean acidification. However, since scientists only recently discovered that carbon emissions from burning of fossil fuels are turning the oceans more acidic, it hasn’t been fully assessed in this study, said Livingstone.

“Ultimately it is a combination of all these impacts on corals,” she said.

One thought on “A Third of Corals Face Extinction”