(all images courtesy of EOL)

Save the living environment and the physical environment will automatically be saved, according to E.O. Wilson, the world’s leading biologist and father of the online Encyclopedia of Life, which plans to create a web page for every known species – all 1.8-plus million.

Climate and water are parts of the physical environment that rely on the living environment – trees, insects, animals – to keep them clean, healthy and in balance.

But that fundamental reality is not well understood by the public and little progress has been made in preventing the destruction of ecosystems and species, Wilson recently told the New Scientist magazine. That’s why Wilson came up with the idea in 2003 to create a publicly accessible, interactive Encyclopedia of Life (EOL).

“We want to engage the public. With the EOL they can survey the species in their yard and neighbourhoods and report what they find,” said James Edwards, EOL’s executive director based at the Smithsonian Institution in Washington.

“We’d love to see everyone become a ‘field biologist’ and submit what they’ve found,” he said.

Societal understanding and support is crucial to slow and reverse the loss of ecosystems and species, Edwards told IPS.

Entries, including images, submitted by birdwatchers, backyard biologists, high school students and nature lovers will be posted on the pages with a yellow background indicating the accuracy of the content has not been verified by an expert. Scientists will then check out the information, ask a few questions and if the data is accurate, the yellow background will be removed, said Edwards.

EOL invites comments on anything and allows users to write their own searchable tags, which greatly extend usability. For example, anyone can create their own unique tag for entries they are interested in and then find them again simply by putting in the tag name in the search box. The full text of EOL can also be searched by key word.

Regional versions of EOL are being created to better serve non-English speaking users. In rural Costa Rica, high school students trained by experts at the National Biodiversity Institute of Costa Rica (INBio) will be putting their data on a Central American Regional AOL in Spanish.

“They have collected extremely good information about the birds and monkeys around their school,” Edwards said.

“We intend to harness the eyes and collective brainpower of hundreds of thousands of users to spot intriguing new information, share observations,” Edwards explained.

Experts are also using the EOL in surprising and ingenious ways. Scientists comb the EOL to find unique patterns within species such as lifespan to see why some closely related species live longer than others, opening new avenues of research into human aging.

Certain butterflies that feed on fruit live longer than related species, leading to new investigations into the role played by genes, amino acids and food sources in the aging process.

Meanwhile, the lifespan of a Latin American bat is curiously long compared to mice relatives of a similar size, perhaps because of its body’s ability to maintain a more stable physiological condition, reducing the normal cellular decay.

“Most species have not been studied in a medically-relevant way,” said Holly Miller, an expert on the biology of aging at the Marine Biological Laboratory in Woods Hole, Massachusetts.

“EOL is simplifying such research by creating a handy reference for the scientific and common names of species, body size, age of reproduction, habitat, geographic location and temperature and more, all of which could be relevant to unraveling longevity’s secrets,” Miller said in a release.

Like the “most wanted” posters in post offices, EOL will facilitate public recognition and awareness of such invasive species through detailed descriptions and maps, helping to slow their global spread and enable more rapid and effective remedial measures.

One such invasive is a moth, Cameraria ohridella, which spread from the Balkans and now devastates the white-flowering ornamental horse chestnut trees popular in parks and gardens throughout Europe, turning their leaves brown by midsummer.

“Like the opening of Pandora’s box, this moth, first discovered in Macedonia in 1984, has spread like wildfire after a probable accidental release near Vienna in 1989,” said page author and curator David Lees of the Natural History Museum in London and INRA in Paris. 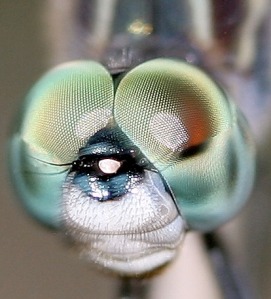 “It is now more or less throughout Europe and poses a threat to ecosystems in Southeast Asia, North America and elsewhere – wherever the beautiful horse chestnut trees occur,” he said.

It will take an estimated 10 years and as much as 100 million dollars to complete the entire EOL. “We’re a little behind but the project is accelerating,” said Edwards.

While the world is becoming aware of the dangers of climate change, when it comes to the living planet, the public is in danger of losing something they scarcely understand, warns E.O. Wilson.

The “world is run by little creatures most people have not heard of; 99 percent of Earth’s organisms are extremely small,” he noted.

The EOL has become “a wonderful base from which to find out about millions of species we don’t know about.”