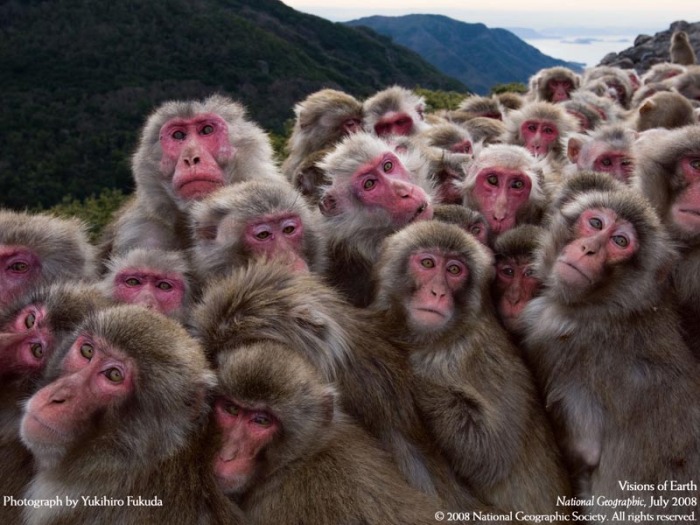 The delegates to the 10th Conference of Parties (COP 10) to the Convention on Biological Diversity ended up with a relatively weak plan for the Herculean task of halting the disappearance of species. The exception was a pact on the use of genetic resources.

Delegates from 193 countries agreed to put under protection 17 percent of land and 10 percent of oceans by 2020 to stop the loss of plant and animal diversity in their ecosystems.

Currently less than 10 percent of land and less than one percent of the oceans are protected. Previous targets had been 25 and 15 percent, respectively

But among the items agreed was the “Nagoya Protocol on Access to Genetic Resources and the Fair and Equitable Sharing of Benefits Arising from Their Utilisation,” the most notable achievement of COP 10 — which had been in negotiations for 18 years.

The Nagoya Protocol establishes mechanisms for making use of the genetic material in plants, animals and microbes for food, medicines, industrial products, cosmetics and other applications.


“Access” refers to how such genetic material is obtained, and “benefit sharing” refers to how the advantages or profits from their use are distributed.

The array of uses of genetic materials from plants and animals owes a great deal to the traditional knowledge of indigenous peoples acquired over the millennia through use and observation.

Indigenous peoples say they are holders or caretakers of much of the world’s biodiversity and traditional knowledge. Without a formal international agreement like the Nagoya Protocol, halting the ongoing loss of species will be impossible.

“The Nagoya Protocol is a magnificent treaty… we have made history here,” said Gurdial Singh Nijar, the Malaysian delegate representing the Like-Minded Asia-Pacific Group.

“With this treaty, we hope to rid the word ‘biopiracy’ from the vocabulary of the world,” Nijar told delegates at the formal conclusion of the conference, Friday.

Biopiracy refers to companies profiting from indigenous knowledge about the characteristics and uses of plant and animal species without their consent and without sharing benefits.

“We can live with this (Nagoya Protocol),” Joji Carino, of the Philippines-based Tebtebba Foundation and spokesperson for indigenous groups, told Tierramérica.

An agreement on the complex and contentious issue came only at the last minute, with the intervention of Ryu Matsumoto, Japan’s environment minister, according to delegates like Malaysia’s Nijar.

“It represents a fairly big win and is pretty good overall,” said Preston Hardison, a treaty rights expert with the Tulalip Tribes in the northwestern U.S. state of Washington.

“The Protocol gets indigenous people to a place where we can talk directly to nation states about our existing rights regarding genetic resources and value of traditional knowledge in the use of those resources,” Hardison told Tierramérica.

China and India wanted to nationalise all genetic resources within their boundaries. The European Union, Canada, Australia — which have large pharmaceutical and cosmetic industries — strongly resisted attempts to include products like biochemicals derived from plants and other species in the Protocol, he said.

Christine von Weizsäcker, a spokeswoman for CBD Alliance, a coalition of international non-governmental organisations, said, “I think this is a major gain for developing countries.”

“This agreement is far from perfect… but it offers a sound basis for future work,” she said in an interview with Tierramérica.

To enter into force, the member countries still must ratify the Protocol, and each will have to put national access and benefit rules and regulations into place.

However, like many international agreements, countries can choose to ignore the Protocol because there are no binding clauses, pointed out Hardison.

Surprisingly, the Protocol may be the strongest of the three legs of the biodiversity protection “stool” that forms the Convention on Biological Diversity.

The second pillar is the Strategic Plan with 20 targets for 2020, with the overall objective of cutting the rate of species extinction in half.

“We still believe that much higher targets are necessary to maintain the full range of critical ecosystem services essential for human well being,” said Russ Mittermeier, president of Conservation International, the large U.S.-based NGO.

“Conservation and the sustainable use of biodiversity need catalytic, strategic, serious and targeted investments from the public sector,” said Mittermeier in a statement.

Perhaps the weakest leg in the CBD stool is commitments from industrialised countries to provide the financing and resources to implement the Protocol and strategic plan.

Three billion dollars in annual overseas development aid is currently available for biodiversity and conservation. Experts agree that total should be between 30 and 300 billion dollars. But no such increase came about in Nagoya.

“We need to harness the energy of this meeting, where we’ve seen huge and significant commitments in terms of reinvigorated political will, as well as real money from the likes of Japan,” said Jane Smart, director of biodiversity conservation at the IUCN (International Union for the Conservation of Nature).

Two weeks ago when the conference began, many African, Asian, and Latin American countries insisted on firm financial commitments from the wealthy nations of the North. Since the United States is not a member of the CBD, the bulk of financing would have to come from the European Union, which is still suffering the effects of economic recession.

The EU made no additional financial commitments in Nagoya, while host Japan offered 2 billion dollars over three years — although none of that is new money.

Behind the scenes, delegates from countries of the developing South said that donor countries have until the next Conference of Parties, to take place in India in 2012, to make firm financial commitments. In exchange, the industrialised countries agreed to the Nagoya Protocol.

“Africa calls on donors and other funders to increase their contributions… without funding this will be an empty agreement ” said James Seyani of Malawi, and spokesperson for African countries.

“We are proud there is an agreement on (access and benefit sharing). However, we once again ask donor countries to respond to our plea for more capacity building so we will be able to put it into place in our countries,” Seyani said at the conclusion of COP 10.

First published as Biodiversity Pact Begins With the Genes.