Skip to content
HomeThe Future of Journalism: Adopt a Muckraker 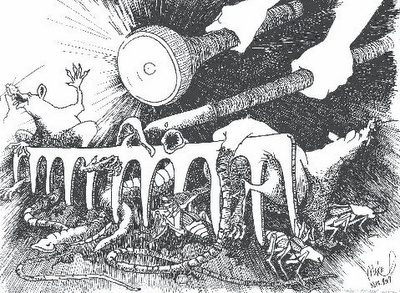 “Should you and I pay for the kind of accurate news reporting that is needed to fill us in on what is happening to the planet?

If we’re not willing to pick up the tab to stay better informed, who will?”

Renowned Swiss journalist Daniel Wermus and Director of the Media21 Global Journalism Network in Geneva asks those questions in an April 2010 article about my launch of Community Supported Journalism in 2009. [Updated from Sept 2010] — Stephen

I meet international freelance journalists quite often. Most make it clear that budget cuts have made it increasingly difficult for just about anyone, especially freelancers, to get into print. It is usually the freelancers who are most willing to risk their lives to get the stories that need reporting the most. If the day arrives when they can no longer carry out their professions, we will all have a serious problem.

Muckraker: A reporter or writer who investigates and publishes reports involving a host of social issues, broadly including crime and corruption 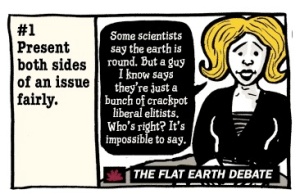 Stephen Leahy, a Canadian, and one of the world’s best-known investigative reporters on environmental issues, has launched a challenge: if corporations won’t pay for the news, then it is up to communities and the public to fill the gap. A free society needs journalism, even if reporting the news is not commercially profitable.

Leahy’s model for supporting the news has the journalist make his pitch over the internet. The completed article can then be distributed by news agencies or magazines that are low on funds but high on public interest. That could be IPS, Reuters-Alertnet, Commondreams, InfoSud, The Essential Edge or any number of other publications and news outlets.

Leahy observes that: “Many people tell me, we need individuals like you to get real information out.”

It may be too early to tell whether this really signals a new citizen’s approach to the need for hard information that may be crucial to society. In the best of all worlds it could bring together both consumers and media for promoting a better planet. The danger is that it could also produce yet another quagmire of holier-than-thou preaching.

Learn more about Community Supported Journalism in the Public Interest

Adopt a Muckraker for only $20 a month

Update: Community Supported Journalism is working. However 50 people helping out has to become 500 so we all can get the crucial information we need.  Please consider becoming one of the 500. Thank you. — Stephen

“I’m pretty damn angry that media companies are putting profits ahead of truth. The media are deeply broken… That’s a real threat to democracy.” — Stanford University climatologist, Stephen Schneider, told me in an interview a few months before his untimely passing.