Skip to content
HomeCanada Has Become a Petro-State, Happily Drilling for Profits as the World Warms 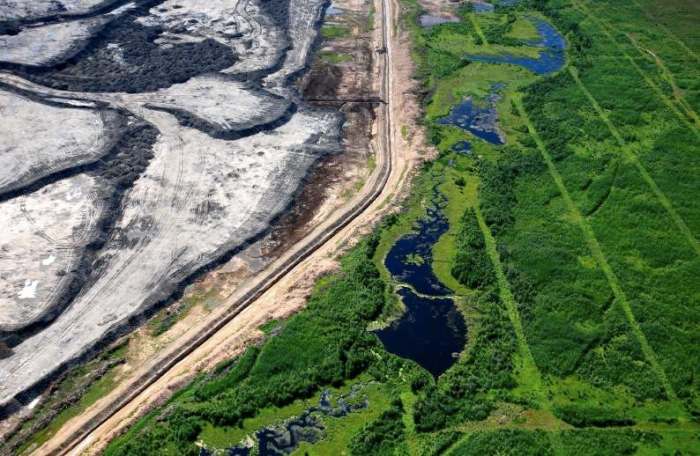 What’s happened to Canada? To the dismay of many a country with an international reputation for relatively progressive environmental policies (at least compared to the United States) is rushing headlong to dig up all the oil, gas, and coal it can. The country’s leaders can scarcely muster the effort to pretend to want to limit climate-heating carbon emissions.

And the Canadian business establishment and media have largely gone along with the program. Put it all together, and you have a country that has become a full-blown “petrostate.”

People are starting to notice. Last December at the UN climate talks in Doha, Qatar, Canada beat out tough contenders like Saudi Arabia to be elected “Colossal Fossil” by environmental organizations from around the planet. Canada had the dishonor of being the most uncooperative country out of 193 nations at the climate summit. It was the sixth year in a row that international environmental groups gave Canada their ‘highest’ award for its persistent efforts to block any agreement on reducing carbon emissions.

What’s happened to Canada is that it has experienced a steady takeover by the fossil fuel industry.

Canada’s is now the world’s fifth largest crude oil producer and the biggest supplier of oil to the US. Canada is also the third largest producer of natural gas and one of the top ten miners of coal. This enormous boom in fossil fuel production has been underway since the late 1990s. Like Saudi Arabia, fossil energy is by far Canada’s biggest export and has become the dominant economic and political focus.

Blame Canada is a four part series revealing how Canada has become a fossil-fuelled energy superpower that’s going to wreck its future and the global climate.