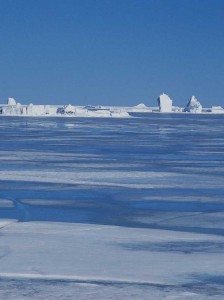 The changes in the Arctic are now irreversible, he said. END_OF_DOCUMENT_TOKEN_TO_BE_REPLACED 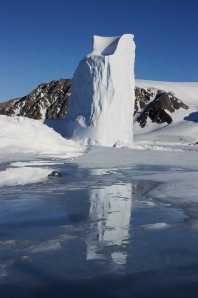 The entire world is being affected, and without urgent action to cut emissions, a too-warm Arctic could trigger catastrophic, irreversible climate change, top scientists say in a report released Wednesday in Geneva.

“It is crucial to know the full consequences of the Arctic warming, and this is an unprecedented review of the latest science,” said Martin Sommerkorn, an Arctic researcher and senior climate change advisor to World Wildlife Fund International.

“Simply put, if we do not keep the Arctic cold enough, people across the world will suffer the effects,” Sommerkorn told IPS.

Sea level rise of more than one metre, flooding affecting one quarter of the world’s population, and extreme global weather changes are on the way at the current pace of unchecked carbon emissions, the “Arctic Climate Feedbacks: Global Implications” report warns.

A warming Arctic has far wider and more serious consequences than previously believed based on the latest science of the past three years, including the very recent research from International Polar Year 2008-2009.

“There is a large potential that a warming Arctic will make climate change far worse,” said Sommerkorn, who acted as editor of the report written by 10 of the world’s leading climate scientists. END_OF_DOCUMENT_TOKEN_TO_BE_REPLACED