It is a world of paradox and plenty:

And the numbers of people whose health are at serious risk due to starvation or from obesity is rising rapidly.

While what the World Health Organisation calls a global epidemic of obesity is a health issue of the modern world, hunger and malnutrition are old and bitterly intractable problems.

Why is hunger chronic in Africa?

“There is enough food, but people don’t have enough money to buy it,” says Anuradha Mittal, executive director of the Oakland Institute, a U.S.-based policy think tank on social, economic and environmental issues.

“Sixty-three percent of people in Niger live on less than a dollar a day,” Mittal told IPS.

Hunger is mainly the result of poverty.

ere is enough food to give everyone in the world more than 2,700 calories a day, she says.

This week, the Oakland Institute released a report investigating the causes of the 2005 food crisis in Niger that gained world attention.

Niger is in the heart of the Sahel Region, a largely dry swath of savannah bordering the Sahara that includes the countries of Senegal, Mauritania,

Mali, Burkina Faso, Chad, Sudan and Ethiopia among others.

“Drought and locusts did not cause the 2005 food crisis as many believe,” Mittal said. “It is a result of free market-based development strategies of the World Bank and others.”

One year ago, more than one quarter of Niger’s 12 million people were starving. Both world attention and emergency food aid came late, too late for many children.

However, food production that year was only 7.5 percent below what was needed to feed people, the Oakland Institute report, “Sahel: Prisoner of Starvation”, discovered.

Acute malnutrition has been chronic in Niger, the world’s poorest country. During the 2005 food crisis, a kilo of millet was more expensive in Niger than a kilo of rice in a European supermarket, said Frederic Mousseau, a senior fellow at the Oakland Institute and co-author of the report.

A few big grain traders operating under the free-market conditions mandated by the World Bank controlled the market and sold to the highest bidders. Some of those bidders were in other countries, the report found.

Niger used to have a grain bank – a large reserve of stored grain for years of lean harvests – as well as government-regulated cereal markets, but these were abandoned under the structural adjustments dictated by the Bank and the International Monetary Fund.

Similar free-market philosophies, such as “the user pays”, were applied to medical care so that poor people could not afford medicines and cannot work to earn money to buy food. And school fees mean only 17 percent of children now go to school.

Such policies have made most of the people of Niger much poorer and generated “free-market famines”. 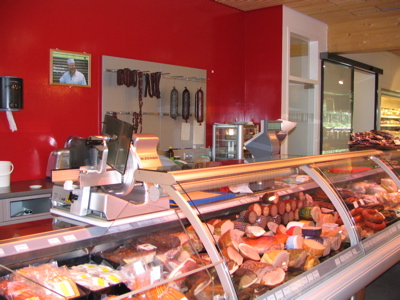 And when the inevitable 2005 famine struck, it took enormous efforts by non-governmental organisations like Doctors Without Borders to get the world to pay attention.

“It is shameful to ignore the plight of millions of people,” said Mittal.

International aid arrives too late, is targeted at the wrong things and is usually only a short-term measure that does not tackle the root causes of hunger, CARE International UK said in a new report this month.

CARE International is one of the world’s largest aid agencies, and its report, “Living on the Edge of Emergency – An Agenda for Change” is also in response to the 2005 Niger food crisis and the endemic hunger found throughout the Sahel.

“It is a disgrace that money is still given too late and for such short periods, then spent on the wrong things to truly fight emergencies,” said Geoffrey Dennis, CARE International’s chief executive, in a statement.

As a result, crises are growing in frequency, the charity said. In the last year alone, 35 million people in southern and western Africa and the Horn of Africa region faced starvation despite a whopping 5.6 billion dollars in aid.

In Niger, one dollar a day spent early would have prevented malnutrition among children. Delayed aid meant it cost 80 dollars to save a malnourished child’s life, the report said.

Aid should be more regular and predictable, targeted at recovery and prevention programmes such as seed distribution and improved veterinary services, and should provide training, the report says.

Ethiopia has suffered food crises almost every year since 1986, yet the United States’ spending on long-term development to withstand shortages is less than one percent of its emergency aid, which for the U.S. can top 500 million dollars a year, it notes.

In the short term, national food reserves should be established in Niger and other countries of the Sahel, the Oakland Institute report recommends. Market regulation is also necessary to ensure food sovereignty. Aid should fund support systems for family farmers, such as encouraging consumption of traditional crops, and the levels of cheap food imports that undermine investment in local agriculture should be reduced.

The United States and European Union spend hundreds of billions of dollars in support of their own farmers, Mittal points out.

“Niger is a small window on what is happening in many other countries,” she said.