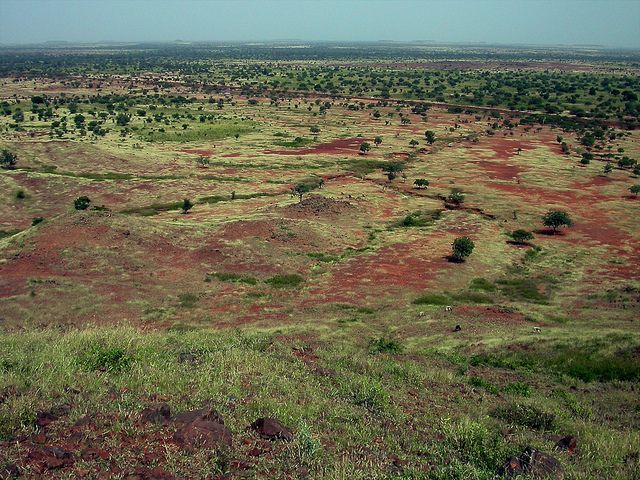 Nearly all our food comes from the Earth’s limited food- producing lands, but those lands continue to be degraded, guaranteeing far higher food prices and less food in the future, experts warn.

But degradation and desertification can be halted and reversed, as evidenced by once barren parts of Africa’s dry Sahel Region that are now green and thriving thanks to local efforts.

“Without reversing ongoing land degradation, studies show food prices will be 30 percent [higher] and 12 percent less food available” by 2035, said Luc Gnacadja, executive secretary of the United Nations Convention to Combat Desertification (UNCCD), which is meeting here in Changwon, South Korea.
“We can’t afford to deplete our food-producing lands when there will be nine billion people by 2050,” Gnacadja said.

Food security is a major theme at this 10th Conference of the Parties (COP 10) under the UNCCD, the international governmental convention charged with finding ways to end desertification and land degradation.

Although the world can produce enough food for everyone, roughly one in seven people will go hungry. Why? They simply cannot afford to buy enough food. World food prices remain 15 percent higher than a year ago, according to the U.N. Food and Agriculture Organisation (FAO). Food commodity speculation and climatic change that is bringing increased heat and changes in precipitation patterns, along with increasing demand for biofuels, have been blamed for rising food prices in recent years.

Largely unseen in the growing concern about feeding the world is the decline in the fertility of soils due to erosion and overuse. Every year, this results in the effective loss of some 12 million hectares of land. END_OF_DOCUMENT_TOKEN_TO_BE_REPLACED

It is a world of paradox and plenty:

And the numbers of people whose health are at serious risk due to starvation or from obesity is rising rapidly.

While what the World Health Organisation calls a global epidemic of obesity is a health issue of the modern world, hunger and malnutrition are old and bitterly intractable problems.

Why is hunger chronic in Africa?

“There is enough food, but people don’t have enough money to buy it,” says Anuradha Mittal, executive director of the Oakland Institute, a U.S.-based policy think tank on social, economic and environmental issues.

“Sixty-three percent of people in Niger live on less than a dollar a day,” Mittal told IPS.

Hunger is mainly the result of poverty.

ere is enough food to give everyone in the world more than 2,700 calories a day, she says. END_OF_DOCUMENT_TOKEN_TO_BE_REPLACED