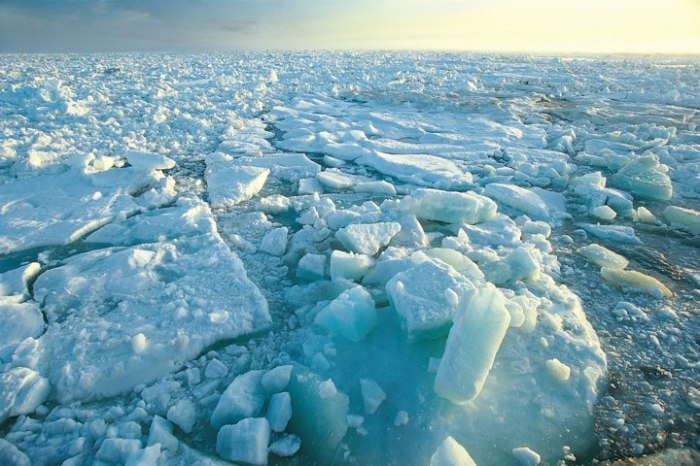 The carbon dioxide emissions from burning fossil fuels have melted the Arctic sea ice to its lowest volume since before the rise of human civilisation, dangerously upsetting the energy balance of the entire planet, climate scientists are reporting.

The volume – extent and thickness – of ice left in the Arctic likely reached the lowest ever level this month, Serreze told IPS.

“I stand by my previous statements that the Arctic summer sea ice cover is in a death spiral. It’s not going to recover,” he said. 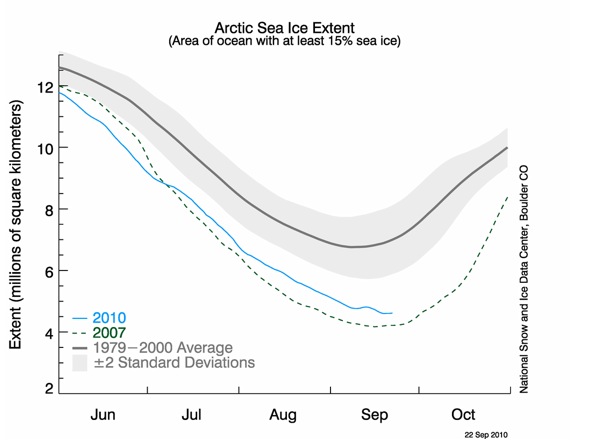 There can be no recovery because tremendous amounts of extra heat are added every summer to the region as more than 2.5 million square kilometres of the Arctic Ocean have been opened up to the heat of the 24-hour summer sun. A warmer Arctic Ocean not only takes much longer to re-freeze, it emits huge volumes of additional heat energy into the atmosphere, disrupting the weather patterns of the northern hemisphere, scientists have now confirmed.

“The exceptional cold and snowy winter of 2009-2010 in Europe, eastern Asia and eastern North America is connected to unique physical processes in the Arctic,” James Overland of the NOAA Pacific Marine Environmental Laboratory in the United States told IPS in Oslo, Norway last June in an exclusive interview. ‘ Paradoxically, a warmer Arctic means “future cold and snowy winters will be the rule rather than the exception” in these regions, Overland told IPS.

There is growing evidence of widespread impacts from a warmer Arctic, agreed Serreze. “Trapping all that additional heat has to have impacts and those will grow in the future,” he said. 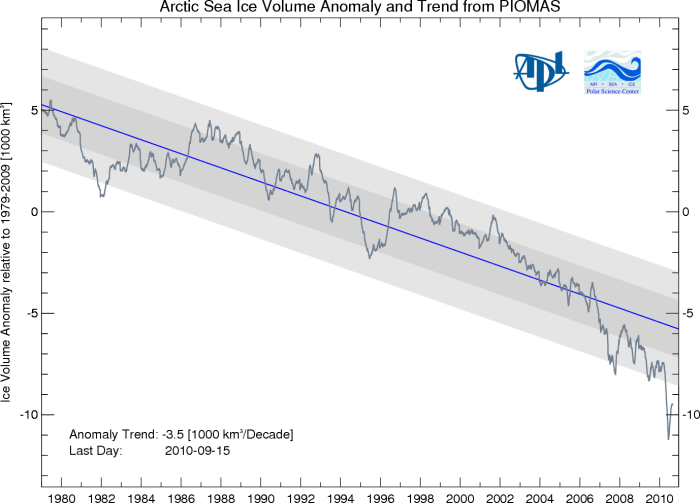 One local impact underway is a rapid warming of the coastal regions of the Arctic, where average temperatures are now three to five degrees C warmer than they were 30 years ago. If the global average temperature increases from the present 0.8 C to two degrees C, as seems likely, the entire Arctic region will warm at least four to six degrees and possibly eight degrees due to a series of processes and feedbacks called Arctic amplification.

A similar feverish rise in our body temperatures would put us in hospital if it didn’t kill us outright.

“I hate to say it but I think we are committed to a four- to six-degree warmer Arctic,” Serreze said.

If the Arctic becomes six degrees warmer, then half of the world’s permafrost will likely thaw, probably to a depth of a few metres, releasing most of the carbon and methane accumulated there over thousands of years, said Vladimir Romanovsky of the University of Alaska in Fairbanks and a world expert on permafrost.

That would be catastrophic for human civilisation, experts agree. The permafrost region spans 13 million square kilometres of the land in Alaska, Canada, Siberia and parts of Europe and contains at least twice as much carbon as is currently present in the atmosphere – 1,672 gigatonnes of carbon, according a paper published in Nature in 2009. That’s three times more carbon than all of the worlds’ forests contain.

“Permafrost thawing has been observed consistently across the entire region since the 1980s,” Romanovsky said in an interview.

A Canadian study in 2009 documented that the southernmost permafrost limit had retreated 130 kilometres over the past 50 years in Quebec’s James Bay region. At the northern edge, for the first time in a decade, the heat from the Arctic Ocean pushed far inland this summer, Romanovsky said.

There are no good estimates of how much CO2 and methane is being released by the thawing permafrost or by the undersea permafrost that acts as a cap over unknown quantities of methane hydrates (a type of frozen methane) along the Arctic Ocean shelf, he said.

“Methane is always there anywhere you drill through the permafrost,” Romanovsky noted.

Last spring , Romanovsky’s colleagues reported that an estimated eight million tonnes of methane emissions are bubbling to the surface from the shallow East Siberian Arctic shelf every year in what were the first-ever measurements taken there. If just one percent of the Arctic undersea methane reaches the atmosphere, it could quadruple the amount of methane currently in the atmosphere. 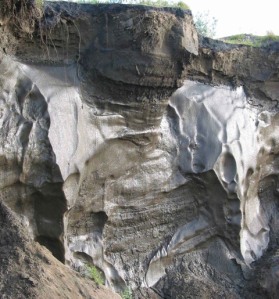 Abrupt releases of large amounts of CO2 and methane are certainly possible on a scale of decades, he said. The present relatively slow thaw of the permafrost could rapidly accelerate in a few decades, releasing huge amounts of global warming gases.

Another permafrost expert, Ted Schuur of the University of Florida, has come to the same conclusion. “In a matter of decades we could lose much of the permafrost,” Shuur told IPS.

Those losses are more likely to come rapidly and upfront, he says. In other words, much of the permafrost thaw would happen at the beginning of a massive 50-year meltdown because of rapid feedbacks.

Emissions of CO2 and methane from thawing permafrost are not yet factored into the global climate models and it will be several years before this can be done reasonably well, Shuur said.

“Current mitigation targets are only based on anthropogenic (human) emissions,” he explained.

Present pledges by governments to reduce emissions will still result in a global average temperature increase of 3.5 to 3.9 C by 2100, according to the latest analysis. That would result in an Arctic that’s 10 to 16 degrees C warmer, releasing most of the permafrost carbon and methane and unknown quantities of methane hydrates.

This is why some climate scientists are calling for a rapid phaseout of fossil fuels, recommending that fossil fuel emissions peak by 2015 and decline three per cent per year. But even then there’s still a 50-percent probability of exceeding two degrees C current studies show. If the emissions peak is delayed until 2025, then global temperatures will rise to three degrees C, the Arctic will be eight to 10 degrees warmer and the world will lose most its permafrost.

Meanwhile, a new generation of low-cost, thin-film solar roof and outside wall coverings being made today has the potential to eliminate burning coal and oil to generate electricity, energy experts believe – if governments have the political will to fully embrace green technologies.