Skip to content
HomeAquaculture To Double Production But Will It Destroy the Oceans?

SAN DIEGO, U.S., Feb 16 (Tierramérica) – With wild fish catches in sharp decline, aquaculture, which now accounts for nearly half of all seafood consumed, is expected to double production over the next two decades.

“Aquaculture is the future… [It] will be a major industry in the (developing) South and will be a major source of employment and income, replacing wild catch in terms of importance,” according to Jason Clay, a scientist with the U.S. branch of the Worldwide Fund for Nature (WWF).

The United Nations Food and Agriculture Organisation (FAO) predicts that per capita seafood consumption will increase 1.5 kilogrammes in the coming two decades, Clay told the nearly 500 participants in the recent Seafood Summit, held in the U.S. Pacific coast city of San Diego.

The international meet earlier this month, organised by Seafood Choices Alliance, gave fishers, fish farmers, multinational seafood corporations and seafood buyers a chance to mix with conservationists and scientists to debate – and attempt to find common ground about – the question: Can aquaculture be environmentally and socially responsible? 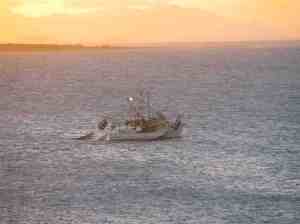 “We have to stop assigning blame and drop competitive and confrontational attitudes,” said Michael Boots, vice-president for sustainable markets at SeaWeb. “We need new thinking and new partnerships,” he stressed.

SeaWeb is a U.S.-based non-governmental organisation that hosts the annual conference as part of its mandate to raise awareness of the growing threats to the ocean and its living resources.

The industry faces enormous challenges, not least of which is finding the feed needed for aquaculture operations. Currently, one third of the global wild catch is for fishmeal and oil, most of which goes to aquaculture.

One solution is to be more efficient. Salmon require up to five kilograms of feed for every kg of fish produced. “In Mexico there are shrimp operations that only need 1.3 kg of feed to produce 1.0 kg of shrimp,” Clay said.

That is better than land-based animal protein production. “Beef requires 10 kilos of feed to produce a kilo,” he pointed out.

However, the industry can’t grow using wild-caught feed. Land-based sources are needed, as are improvements in aquaculture, so that the industry can become a net producer of fishmeal one day, he says

via DEVELOPMENT: Aquaculture Awaits Its Heyday.

One thought on “Aquaculture To Double Production But Will It Destroy the Oceans?”