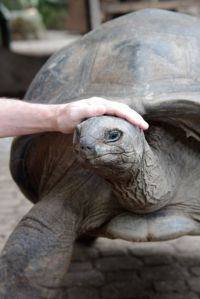 Humanity is destroying the network of living things that comprise our life support system. While this sawing-through-the-branch-we’re-perched-on is largely unintentional, world leaders can’t say they didn’t know what’s going on: 123 countries promised to take urgent action in 2003 but have done little to stem the rising tide of extinctions in what’s known as the extinction or biodiversity crisis.

Species are going extinct at 1,000 times their natural pace due to human activity, recent science has documented, with 35 to 40 species vanishing each day, never to be seen again.

“The question of preserving biological diversity is on the same scale as climate protection,” German Chancellor Angela Merkel said in a speech in Berlin Monday at the official launch of the United Nations’ International Year of Biodiversity.

This week’s official launch will be followed by the first major event of the International Year, a high-profile meeting at the Paris headquarters of the U.N. Educational, Scientific and Cultural Organisation, Jan. 20-21.

“We need a sea change. Here, now, immediately – not some time in the future,” Merkel said.

While climate has been the focus in 2009, this year will be a global celebration of and action on biodiversity, Ahmed Djoghlaf, executive secretary of the Convention on Biological Diversity (CBD), told IPS from Berlin. 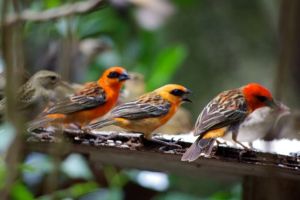