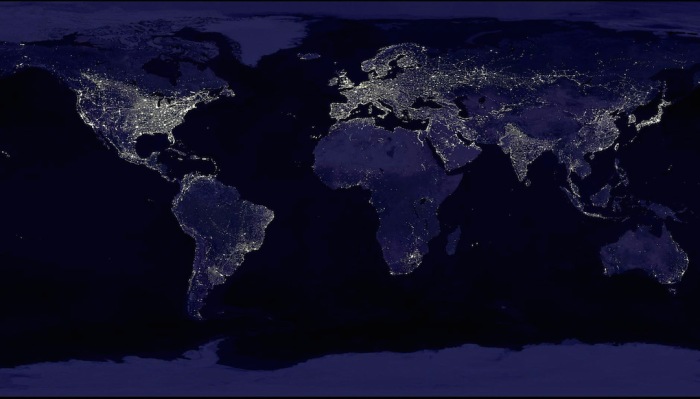 Halfway through the ‘historic’ Paris climate talks and things are going far too slow leaving major issues for last day, late night bargaining by country leaders. This is despite six years of previous negotiations since Copenhagen in 2009.
There are now two alternative draft texts — each less than 50 pages long but still containing 200 to 300 brackets (disputed text) each.
Some of this weeks ‘hot’ issues:

Science says 1.5C; Oil Rich Countries say 2.0C
Countries continue to block agreement based on their short term self interest – looking at you oil-producing Arab countries blocked 1.5C as a new global target. Recent scientific studies show 1.5C provides better protection for all nations – 2.0C condemns some to drown, many to starve.
No Human Rights?
Norway and some Arab states don’t want any reference to human rights in the new climate deal. This has been in the text for nearly a year.

Where’s the Money?
Finance or funding to help developing nations survive climate impacts remains at an impasse as it has for a long time. Countries were promised this funding in 2009 and it was to ramp up to $100 billion a year by 2020. That has not happened.

Transparency and Verification of Commitments
Although technical, another outstanding issue is “transparency”. What’s the proof countries are actually cutting emissions as promised? Rules and expert review formulas for verification are hotly contested. China and India wanting lax rules and no independent review while US insisting on strict ones.
Will We Get a Paris Climate Accord?
In the end there will be an agreement of sorts – the “Paris Climate Accord”?  What-ever the final title, it will not set the world on a path to 2.0C. Far deeper CO2 emissions cuts and more investment will be needed.

Cities are responsible for 70 per cent of global CO2 emissions but they can save the planet by greening one community at a time said Vancouver’s David Cadman at the close of the ICLEI World Congress 2015, the triennial sustainability summit of local governments in Seoul, South Korea.

“We can do it. We must do it,” Cadman, the retiring president of Local Governments for Sustainability, told some 1,500 delegates from nearly 1,000 cities and local governments in 96 countries on April 11.

The majority of climate actions and most plans to reduce CO2 emissions are happening at the city level, Cadman told DeSmog Canada in Seoul.

Vancouver and 50 other cities have committed to 100 per cent renewable energy and 500 more are part of ICLEI’s Cities Climate Registry that documents verifiable CO2 emission reduction actions and commitments that amounted to 2.8 billion tons a year in 2014.

Cadman, a former City of Vancouver councillor, has been president of ICLEI since 2006. It’s an international organization headquartered in Bonn, Germany, with 280 staff and 23 other offices scattered around the globe. ICLEI, which stands for International Council for Local Environmental Initiatives, started 25 years ago in Toronto to help cities become more sustainable. It now goes by the more manageable name of “Local Governments for Sustainability,” but still uses the original acronym.

Canada’s federal and provincial governments were very strong supporters in the early days but the past decade has been very different.

“We seem to be chained to the fossil energy industry in Canada and it’s pulling us down. Cities and organizations can hardly dare to speak out about this now,” he said.

Germany was only too happy to bring ICLEI to Bonn eight years ago and has been generous with its support, along with the European Union. Now the organization is experiencing what is being called an “Asian pivot,” with the mayor of Seoul, Park Won Soon, as the new president.

Park has helped Seoul to become one of the world’s leaders on sustainable development. With 11 million people and growing fast, Seoul will reduce its energy use and increase renewable generation including rolling out 40,000 solar panels to households by 2018 and 15,000 electric vehicles. By 2030, CO2 emissions will be cut 40 per cent.

China’s megacities are also joining ICLEI. At the congress, Hailong Li, deputy secretary general of the China Eco-city Council said the country will have 100 low-carbon eco-cities by 2017. That will drive down the costs of energy efficiency and renewable energy, Li said.

China also intends to become an expert on eco-construction and to market its expertise to the rest of the developing world.

By 2030 another 3.5 billion people will be living in cities so it is absolutely critical that the infrastructure be sustainable said Cadman who will continue to be active as special representative to the new ICLEI President.

Canadian cities could also do more and sooner if they had the support of provincial and federal governments, he said. That may be changing at the provincial level with growing support for various forms of carbon taxes that will help generate funds and financial incentives to reduce emissions.

“The provinces are doing the heavy-lifting on climate while the Harper government sits on the sidelines.”

Fossil fuels are in decline — divestment is taking off and investments are shifting to renewable energy. There’ll be no pipelines to the West Coast and no new investments in the oilsands, Cadman said.

Even in B.C., the hoped-for markets for LNG may not exist with China building gas pipelines to tap reserves in Iran and Russia, he said.

“Canada needs to move away from selling raw resources, but is any political party ready to go there?” 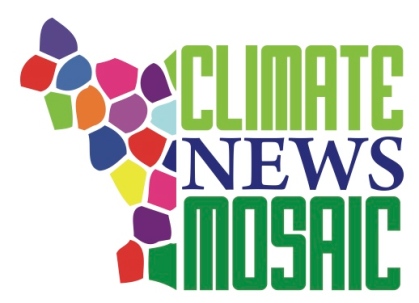 Would you be interested in hosting the Climate News Mosaic Live Blog of the COP 21 Paris climate talks during the last week of this historic event?

Experienced freelance journalists from a number of countries are already providing brief daily contributions as they happen. The Live Blog also has short reports from a variety of countries for a unique mix of global and local coverage.

The Climate News Mosaic (CNM) won the HostWriter Prize for its collaborative coverage of the UN Climate Change Conference in Warsaw (COP 19).

It’s free to host the Paris Live Blog. A small snippet of open source code from Germany’s Sourcefabric is all that’s needed to host the live blog.

Here are links to our Paris Live Blog on some of our media hosts sites:

Contact me to receive the Live Blog code and broaden your coverage just as curiosity and interest in what’s happening in Paris begins to grow rapidly.

I’m a CNM co-founder and a journalist based in Canada who won the 2012 Prince Albert of Monaco prize for climate change and environment reporting. I’m also author of the award-winning “Your Water Footprint: The Shocking Facts Behind Our Thirst for Earth’s Most Precious Resource” (Anderson Prize – Best Science Book of 2014).

COP21 delegates received the updated negotiating text of a potential Paris Climate Agreement (ADP Draft Agreement) wednesday. Still too long at 50 pages and 208 brackets (disputed text/issues).
The text revealed the major perennially thorny issue of funding (finance) to help developing countries cope with climate impacts and move to low carbon energy systems. In a meeting late Wednesday  a coalition of 77 developing nations called the G77 apparently walked out saying developed countries’ were negotiating in bad faith, reinserting old text, and not engaging on #adaptation finance. (Media are not allowed in negotiating sessions or other meetings.)

The G77 chair tweeted her frustration:

That tweet could have been made at every COP since Copenhagen in 2009  The new major economies (Brazil, India) and developing countries want to see more of the billions of dollars rich countries promised in Copenhagen to help countries adapt to climate impacts and reduce their own emissions. So far only about $30 billion has been transferred from north to south since 2010.

The Green Climate Fund is a new mechanism to receive and dole out this cash but it was practically empty in 2014. One of the breakthroughs in Lima last year was a commitment by rich countries to put the bare minimum, $10 billion, into the fund for 2015. It has been an annual struggle to get the money that’s supposed to become at least $100 billion annually by 2020. It is even harder to determine if this is new and additional money — not re-directed foreign assistance — as promised.

In Paris, finance will be a major issue. It is hard to see developing countries signing a new climate agreement without clear commitments and details about how the Fund will be replenished and reach $100 billion a year.