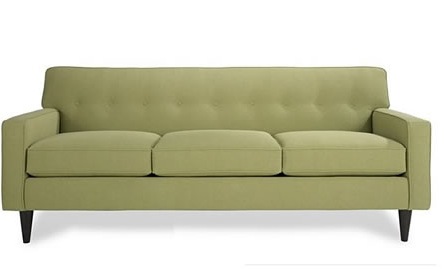 “They’re crumbling out of couches…”

Blast from the past:  my previously published article on topic that’s back on front pages – Stephen

Scientists reported this week that gull eggs in the Great Lakes region contain rising levels of a contaminant that could be as dangerous as the PCBs banned in the 1970s.

The contaminant, called polybrominated diphenyl ethers, or PBDEs, is used mainly as a flame retardant in upholstered furniture, computers, TVs, carpets and drapes.

While concentrations of the chemical have been shooting upward, doubling approximately every three years since the early 1980s, scientists have yet to investigate the environmental risks the substance poses.

Ross Norstrom, an adjunct chemistry professor at Carleton University in Ottawa, told the Toronto Globe and Mail that, “There is no reason to believe that these things will be any different than the PCBs.”

High levels of PBDEs are also being found in household dust, two new studies report this week. “PBDEs are everywhere,” said Bill Walker of the Environmental Working Group, a nonprofit research group in Washington, D.C., that conducted one of the studies.

“They’re crumbling out of couches and migrating out of plastics and TVs and getting into people’s blood and women’s breast milk,” Walker said in an interview. PBDEs are also being detected in just about every animal and fish around the world.

Lab research on animals shows PBDEs disrupt thyroid hormones, which can impact the developing brain and have other harmful effects. Newborn mice exposed to PBDEs have learning and motor-skill problems, and at least one form of the chemical is carcinogenic.

European countries have banned two of the three main forms of PBDEs, and U.S. manufacturers are also taking them off the market by year’s end. New research shows that the most heavily used remaining form, called “deca,” breaks down into one of the more toxic forms and ought to be banned as well, Walker said.

Many computer and electronics manufacturers such as IBM, Apple Computer and Toshiba are ahead of the curve and eliminating PBDEs from their products. “It also makes good economic sense because other countries are banning them too,” said Walker.