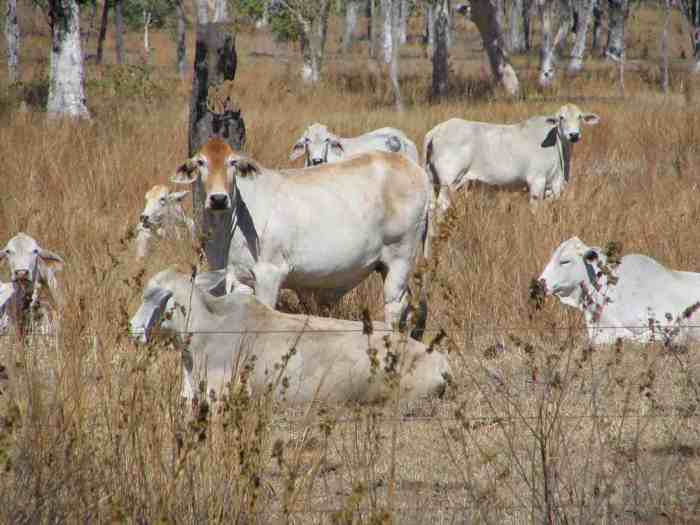 UXBRIDGE, Canada, Apr 2 (IPS) – Don’t forget about agriculture in the upcoming global negotiations to combat climate change, experts warn. Not only is farming most at risk in an increasingly variable and tempestuous climate, it is also a major emitter of greenhouse gases.

But with the right policies in place, agriculture could both continue to feed the world and play a crucial role in solving the climate problem.

“Agriculture has been missing in the run-up talks to Copenhagen,” says Mark Rosegrant of the International Food Policy Research Institute (IFPRI).

The nations of the world will meet in Copenhagen this December to hammer out a new climate treaty to reduce emissions of greenhouse gases (GHGs) and establish a fund to help poorer countries adapt. The complex process began in 2007 at the Bali talks, continued in Poznan, Poland in 2008 and is ongoing this week in Bonn.

Agriculture accounts for about 15 percent of human emissions of GHGs, IFPRI says, although the Intergovernmental Panel on Climate Change puts it higher at 25 percent. Much of those emissions come from developed countries that rely heavily on fossil fuels and fertilisers and raise far more methane-emitting livestock.

With climate change the world is facing reduced yields of up to 20 percent in maize and rice by the year 2050, Rosegrant told IPS. Much of that yield decline will be in the developing world, mainly because sub-tropical and tropical regions are expected to be hit hardest by significant changes in water availability and warmer temperatures.

Climate change could mean ever-rising food prices and therefore significant investments are needed in agricultural research to help countries cope with the coming changes, he says: “We’re trying to work out what the costs for adaptation in agriculture might be.” END_OF_DOCUMENT_TOKEN_TO_BE_REPLACED

JOHANNESBURG, Apr 15 (IPS) – Over the past few years, Robert Watson has had what must qualify as one of the world’s tougher assignments: heading an initiative to help agriculture cope with the substantial challenges it faces presently, and the even bigger hurdles ahead.

The three-year International Assessment of Agricultural Science and Technology for Development (IAASTD) has sought to evaluate agricultural knowledge across the spectrum, with the help of governments, civil society, the private sector, and hundreds of experts.

The findings of the assessment are being formally presented Tuesday, this after they were reviewed at an intergovernmental plenary held in Johannesburg, South Africa, from Apr. 7-12. IPS environment correspondent Stephen Leahy chatted to Watson at this meeting about the landmark IAASTD. END_OF_DOCUMENT_TOKEN_TO_BE_REPLACED

JOHANNESBURG, Apr 15 (IPS) – The results of a painstaking examination of global agriculture are being formally presented Tuesday with the release of the final report for the International Assessment of Agricultural Science and Technology for Development (IAASTD).

The assessment has explored how agriculture can be reinvented to feed the world’s expanding population sustainably in an era of multiple challenges — not least those presented by climate change and a growing food crisis that has led to outbreaks of violence in a number of developing countries.

The expertise of some 400 scientists and other specialists was tapped for the IAASTD; governments of wealthy and developing nations also contributed to the assessment, along with civil society and the private sector. END_OF_DOCUMENT_TOKEN_TO_BE_REPLACED

JOHANNESBURG, Apr 6 (IPS) – As food prices soar and hundreds of millions go hungry, experts from around the world will this week present a new approach for ensuring food security, at the intergovernmental plenary for the International Assessment of Agricultural Science and Technology for Development (IAASTD). The Apr. 7-12 conference is taking place in South Africa’s commercial hub, Johannesburg, and will be attended by representatives of an estimated 60 governments.

In the past year the price of corn has risen by 31 percent, soybeans by 87 percent and wheat by 130 percent. Global grain stores are currently at their lowest levels ever, with reserves of just 40 days left in the silos. Meanwhile, food production must double in the next 25 to 50 years to feed the additional three billion people expected on the planet by 2050.

“The question of how to feed the world could hardly be more urgent,” said Robert Watson, director of the IAASTD and chief scientist at the British environment and agriculture department. END_OF_DOCUMENT_TOKEN_TO_BE_REPLACED