Skip to content
HomeReport: +2.4C by 2020 leaves Billions Hungry? Scary but Untrue. Inside Story of Good Intentions Gone Wrong (and how the media fell for it) 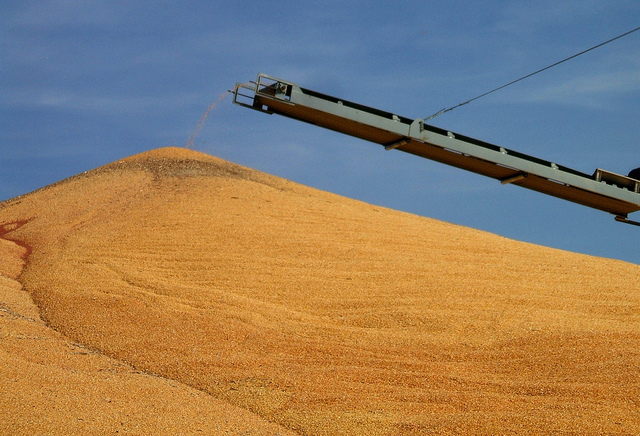 In the year 2020 climate change will devastate much of the world’s harvest leaving one in five people starving because the global temperature will have shot up an average of 2.4 degrees C a new report released Tuesday shows.

Days before the report’s release I told the author Liliana Hisas of the Universal Ecological Fund (FEU), an Argentina-based NGO, it was impossible to get to 2.4 degrees of warming by 2020. Global temperatures have increased 0.8C in the last century and the 64-page report, “The Impacts of Climate Change on Food Production: A 2020 Perspective,” is based on additional 1.6C degree increase in just nine years time.

I asked several climate experts if it was possible to reach a +2.4 degree average global temperature by 2020. Their answer: “No way”.

The reason is that the oceans absorb 93 per cent of the additional heat being trapped in the atmosphere due to the burning fossil fuels. If we stopped burning all fossil fuels and emitting other greenhouse gases today, the atmosphere would still continue to slowly heat up over the next 50 to 100 years as the oceans released that stored heat.

So ‘thank God for the oceans’ I said to Hisas who is also Executive Director of FEU-US when I explained all this via emails. And in an interview with Hisas on Monday I suggested the report be withdrawn. She refused, saying her organization had worked on the report for more than a year and the science was solid. It was all based on the Intergovernmental Panel on Climate Change (IPCC) 2007 report and had been vetted by Osvaldo Canziani, a former co-chair of the IPCC she said.

Unfortunately Canziani was in hospital and unavailable for an interview.

“There is enough to be concerned about as it is with global warming,” says Andrew Weaver, a climate scientist at the University of Victoria.

“There is no need to offer up outlandish doom and gloom scenarios that are simply wrong,” he says.

I asked Hisas why her organization did the report.

“What we are trying to do is contribute to a better understanding of the impacts of climate change by putting things in a simpler way that people can understand,” Hisas said.

“The public needs to be more concerned about the fact that climate change exists. They need to think about if what they eat today will be possible in 10 years,” she said

“No one is committed to reducing greenhouse gas emisisons in a serious way.”

I can’t disagree with their motivation. Only last December I reported for IPS that studies show 2C warming means disaster for much of Africa with a doubling of grain prices and large areas unable to grow maize. Few people really grasp the world-altering changes that have only just begun.

But the FEU report is based on a false foundation. It will not be 2.4 C in 2020. Several climate scientists told Hisas but they released the report any ways. And many news outlets published the findings without questioning the science, or asking other experts to comment. That says something about the current state of journalism.

And releasing a report an environmental organization knows to be in error says something too: Desperate times, desperate measures. Critics and vested interests actively blocking action and creating false doubts about climate change will likely feast on this report.

Weaver says it will do more harm than good. It’s hard not to agree.

17 thoughts on “Report: +2.4C by 2020 leaves Billions Hungry? Scary but Untrue. Inside Story of Good Intentions Gone Wrong (and how the media fell for it)”