I was born just over a week ago and more than 100 people have died in the US and Caribbean region as a result. For the rest of today please take care as I will continue to bring strong winds, heavy rains and snowfall from North Carolina to well into Canada. Some of the worst flooding hit Haiti in the hours after I’d passed by. 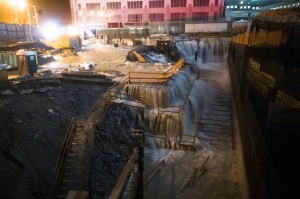 Hard to believe I was born only a week ago south of Jamaica. I grew very quickly over the hot Carribbean sea and last Wednesday swept into Jamaica west of Kingston with winds of 130 kph. Damage was extensive cutting power to half the country. One person died.

One of the most incredible natural wonders of our world is being decimated by our actions: burning fossil fuel, pollution of land and sea, overfishing. The most recent estimate shows 75% of the world’s coral reefs are threatened according to new report by the World Resources Institute (WRI) and 24 other organizations. The report is “Reefs at Risk Revisited“.

Here’s one thing you can do to help. Follow and encourage others to live by these Three Simple Rules:

Demand that business and government provide transport, activities and products that minimize fossil fuel use.

I have written more than 15 articles in last few years about the serious threats corals face:

The booming tourist industry along Mexico’s Caribbean coast, particularly in the area of Cancún and the “Riviera Maya,” is polluting the world’s largest underwater cave system and harming the world’s second largest coral reef, a new study has found.

Pharmaceuticals, cocaine residues, shampoo, toothpaste, pesticides, chemical run-off from roads and many other pollutants have been found in the immense system of underground rivers and aquifers south of the resort city of Cancún, located on the Caribbean coast of Quintana Roo state.

“There is little question the pollutants we detected have come from human activity along the coastal region,” said Chris Metcalfe, a researcher with the United Nations University’s Institute for Water, Environment and Health.

The British journal “Environmental Pollution” published a study by the Institute this month, titled ” Contaminants in the coastal karst aquifer system along the Caribbean coast of the Yucatan Peninsula.”

The flow of groundwater takes much of this pollution into the coastal zone and the region’s famous Mesoamerican Barrier reef, the second largest in the world, after the Great Barrier Reef off Australia.

Land-based pollution is just one of the impacts on the coastal reefs, Metcalf said. Overfishing, coral diseases, and climate change have also contributed to an estimated loss of up to 50 percent of coral since 1990. 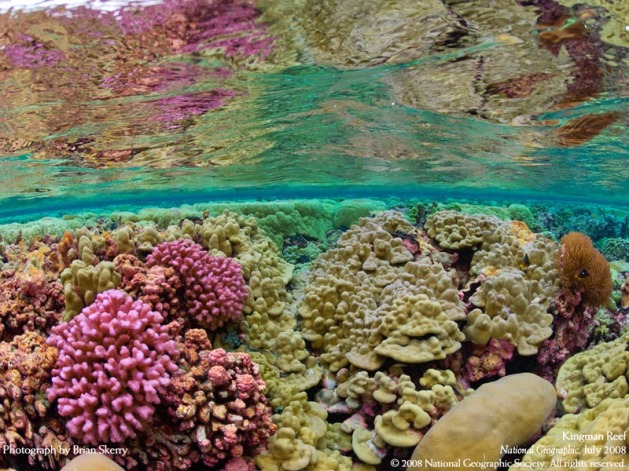 The rapid decline of coral reefs around the world offers a potent warning that entire ecosystems can collapse due to human activities, although there is hope for reefs if immediate action is taken, coral experts agreed at the conclusion of a five-day international meeting Friday.

“We can save reefs if we take immediate action,” Hughes said.

More than 20 percent of the world’s reefs have died, and large areas are failing due to a combination of climate change, overfishing, pollution and sea level rise. Most of the fabulous corals that attract tourists to the Caribbean are gone and half of remaining reefs in the U.S. are in serious decline.

“We may be facing ocean deserts in the future,” said Guillermo Dias-Pulido of Australia’s University of Queensland.